Deadline close but still no plan for COVID ‘hero pay’ 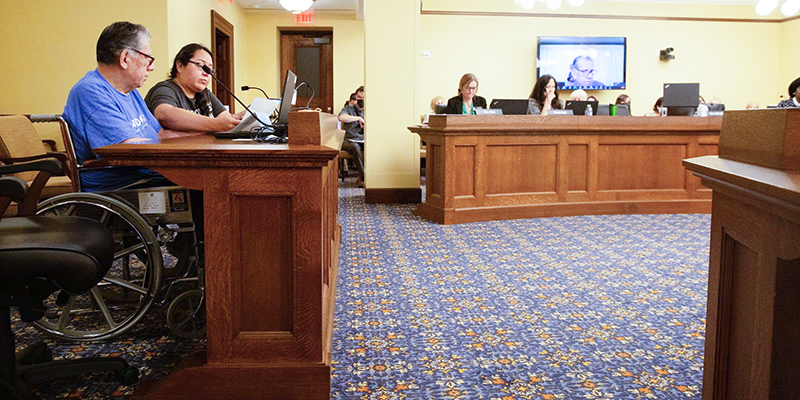 A nine-member state panel charged with recommending how to distribute $250 million in bonuses to pandemic front-line workers is nearing its Monday deadline without an agreement.

Members of the Frontline Worker Pay Working Group held their last scheduled meeting Thursday, but there are still differing opinions on how many workers should get money and how much they should get.

The law that established the working group also instructed its members to consider factors such as increased financial burden and increased risk of exposure to COVID when determining which front-line workers should benefit from the federal funds.

Sen. Karin Housley, R-Stillwater, has an idea of who should be on the list.

“Long-term care workers, assisted living nurses, nursing homes, law enforcement, health care providers, first responders all were at increased risk,” Housley said. “We all have consensus that that group of people, that sector, was at increased risk during this whole pandemic and are worthy of hero pay.”

Housley’s list leaves out too many workers, said some other lawmakers on the panel.

“That group by itself is not broad enough from my perspective if the measure that we’re looking at is increased risk,” said Sen. Erin Murphy, DFL-St. Paul.

DFL lawmakers have suggested that the Legislature could allocate additional funds next year to cover more workers with individual payments of $1,000 or more. But for now, there is a $250 million cap. A larger pool of recipients would bring down the amount of each payment.

“I’m just really concerned about proposing a higher dollar amount and not being able to fulfill that promise,” Neu Brindley said.

Health care workers, state employees and others have been pressing lawmakers for weeks to broaden the eligibility for the extra pay.

“Every essential worker needs to be recognized for the sacrifices they made during this ongoing pandemic,” said Mary Turner, an ICU nurse and president of the Minnesota Nurses Association.

The big issues are unresolved, but the panel has agreed on a few smaller ones. They want an application process for the bonuses, tax-exempt status for the payments and no administrative costs coming out of the $250 million.

By law, the working group must make its recommendation by Sept. 6, with seven of nine members in agreement. The panel includes three members from the House, three from the Senate and three from the administration of DFL Gov. Tim Walz.

Walz said he is reluctant to call legislators back to St. Paul after a recent threat from Republican Sen. Jim Abeler of Anoka to reject the confirmation of Health Commissioner Jan Malcolm.

And this week Republican Senate Majority leader Paul Gazelka stepped down from his post ahead of a likely run for governor. Sen. Mark Johnson of East Grand Forks is the interim Republican leader, but a new majority leader won’t officially be chosen until the Legislature meets again.

Although Thursday’s meeting was the panel’s last publicly scheduled one, there may be more work behind the scenes.

“I don’t mind putting in a little more work to see if we can get a little bit closer before Monday,” DFL House Majority Leader Ryan Winkler said.