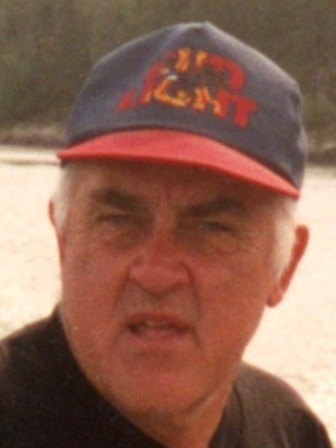 Darryl was born on March 5, 1940, the third of six children born to Clarence and Marcella (Raker) McKenzie of Austin, Minnesota. He attended Austin Catholic Schools through high school and then went to Austin Vocational Tech. The entire class, with instructor, were offered positions by Boeing Aircraft. Darryl was part of a traveling group of electrical engineers who wired Minuteman Missiles around the country, including Lewistown. Darryl honorably served in the U.S. Army in the early 1960’s.

When Darryl arrived in Montana, he fell in love with the state and decided he would never live anywhere else. He enjoyed exploring the people and the state. He eventually left Boeing and started his entrepreneurial enterprise in the 1970’s when he bought the Bar-19. He was also instrumental in bringing telecommunication to the rural areas. Darryl totally embraced Lewistown, serving the community at any opportunity. He was a member of many boards, including the Elks, American Legion, Friendship Masonic Lodge #37 AF and AM (Past Master), Airport Board and the Lewistown City Council. He was also a fundraiser for the Blue and Gold Softball Complex and a member of the Al Bedoo Shrine and AAH-OOGA Patrol.

Darryl remained young throughout his life, he was always “in the moment” and ready for the next adventure and the next story it inspired. Darryl had a great, distinct laugh that will be remembered by his friends and family.

Visitation will be at the Creel Funeral Home Chapel, Wednesday, September 15, from 5-8 p.m. Mass of Christian Burial will be celebrated at St. Leo Catholic Church, Thursday, September 16 at 10:30 with Rite of Committal to follow at Mount Calvary Cemetery.

Arrangements are under the care of Creel Funeral Home. Darryl’s family and friends may share memories and condolences at www.creelfuneralhome.com