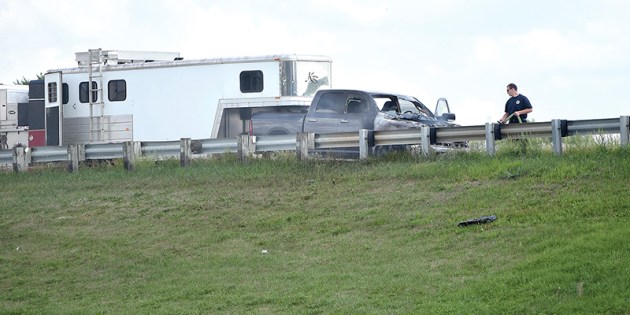 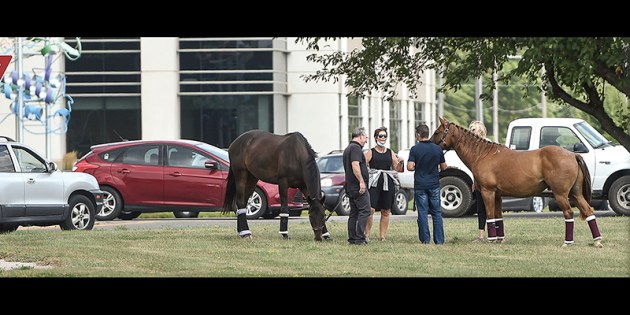 A pair of horses lightly graze as traffic waits to get on Interstate 90 behind them just in front of The Hormel Institute Wednesday afternoon. The two horses were in a trailer being pulled by a truck that caught fire on I-90. Eric Johnson/photodesk@austindailyherald.com 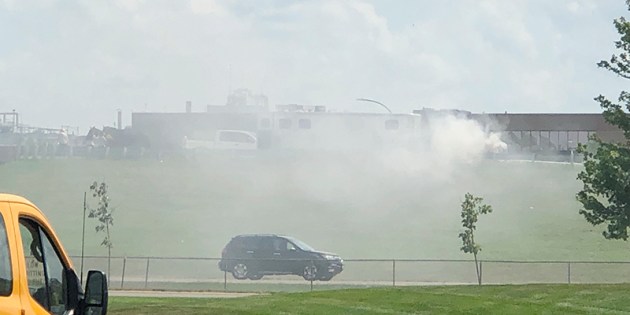 Smoke billows from a truck on fire on Interstate 90 Wednesday afternoon, while to the left in the image, horses are led away from the trailer atttached to the truck. Photo courtesy of Susan Olson 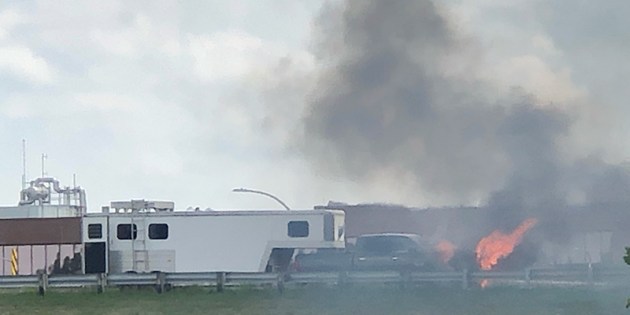 Flames eat away at the front end of a truck on Interstate 90 Wednesday afternoon. Photo courtesy of Susan Olson 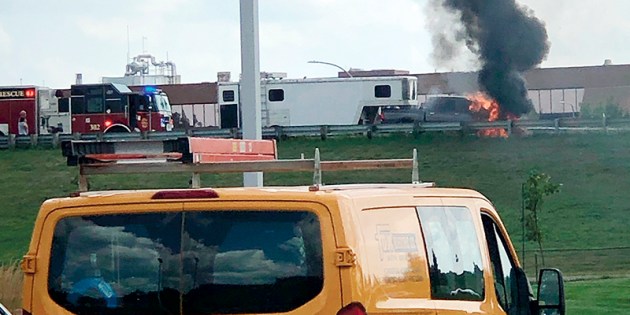 Austin firefighters pull up to the scene of a truck on fire on Interstate 90 Wednesday afternoon. The truck was pulling a trailer that was pulling both horses and goats. The animals were rescued from the fire. Photo courtesy of Susan Olson

No injuries were reported after a truck towing a trailer with horses and goats caught fire Wednesday afternoon on Interstate 90.

According to Austin Fire Chief Jim McCoy, firefighters responded to a call of a truck fire at about 2:23 p.m. on Wednesday on the west end of the Interstate 90 bridge over SIxth Street Northeast. McCoy said the fire started in the engine compartment.

The driver was on her way to college and was towing a trailer with her horses and goats when the fire started. McCoy said several individuals who were familiar with horses stopped and assisted the driver. The animals were out of the trailer by the time firefighters arrived.

McCoy said the truck was a total loss estimated at $35,000. Pulver Towing was called to the scene to remove the vehicle.