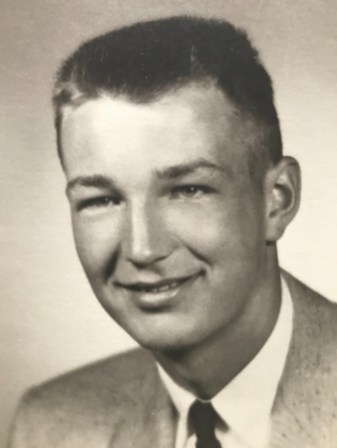 Roger Dean Buringa passed away May 6, 2021 in Nags Head, NC from complications of Parkinson’s Disease.

Roger was born December 16, 1939 in Austin, MN to Dick and Gladys (Peterson) Buringa. He attended school in Austin, graduating with the class of 1957. While growing up he was active in Boy Scouts and 4H.

After high school, Roger joined the Navy at age 17. During his career, he was stationed in Illinois, California, Morocco, Germany, Washington DC, Iceland, Japan, Virginia and NC. He also served aboard the USS Kitty Hawk, USS Intrepid and USS Mount Whitney.

While in Washington DC, he met Catherine Zirn. On June 20th, 1964 they were married in Clarksville, MD. They had three sons, Duane, Dean and Dale. After several transfers, Roger and Cathy settled in Virginia Beach, VA in 1974 to raise their family.

Roger retired from the Navy in 1980. He returned to college at Tidewater Community College, graduating in 1982. Post college he pursued a career of installing computers on naval ships both in the private sector and civil service. Roger retired for the second time in 2002.

In 2007, he and Cathy made one more move to their new home in Kitty Hawk, NC with a view of the water Roger claimed was “OK.”

Roger’s interest and loyalty to the Navy carried on all his life. He was also an accomplished bowler. He also loved eagles and was always thrilled with spotting and watching them.

At Roger’s request, his ashes will be buried at sea by the US Navy at a later date.