Rocky Hulne: We’re off and running 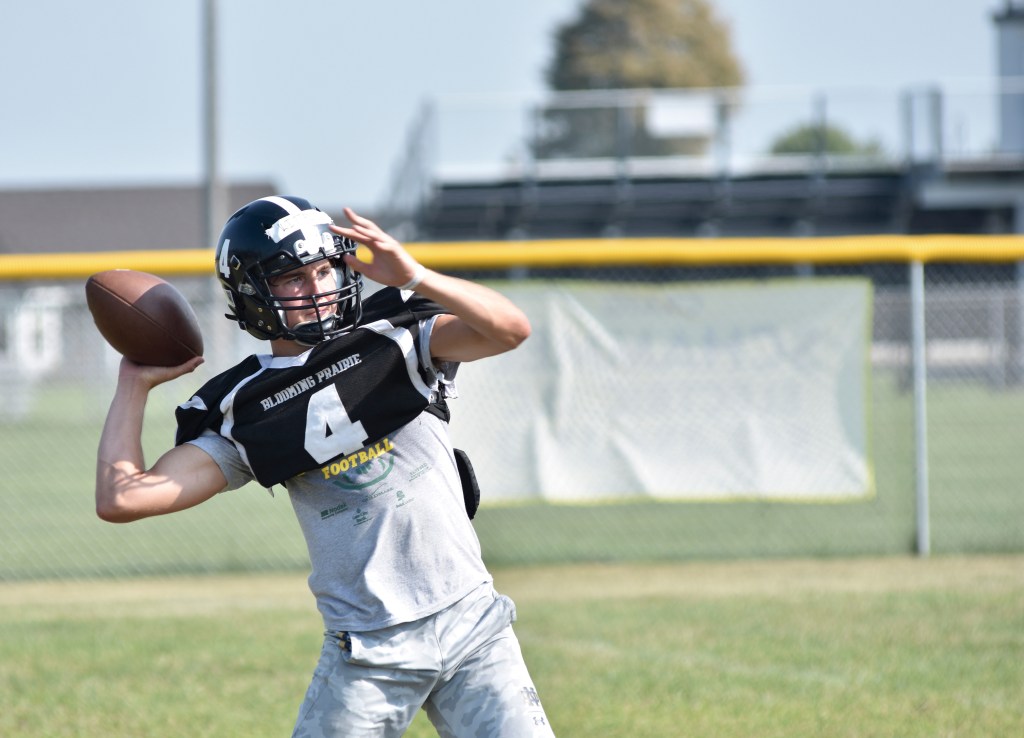 While local prep teams don’t officially start competing until next week, we are well into the high school sports season as teams have hit the practice fields.

Late summer practices for the fall season are especially unique in many ways. They serve as a reunion for athletes and coaches alike who may not have seen that much of each other over the past few months. The practices also signal the looming start of a new school year, a new season and a fresh start.

Last fall I was not able to do my usual fall sports preview tour due to the uncertainty of the COVID-19 pandemic. While there is still a lot of uncertainty looming on this season, things are completely normal for athletes. There are no masks or social distancing, and fans are expected to be allowed in the stands again.

This year more than ever, there is exuberance among the athletes and coaches to be back at it.

When I stopped by LeRoy-Ostrander for a football preview, music was blasting, head coach Trevor Carrier and his assistant coaches were yelling and intensity was high. For a moment, it almost seemed more like a celebration than a practice.

In Blooming Prairie, it was business as usual for the Awesome Blossoms, who are riding an 18-game winning streak as they make the jump to Class AA. Head coach Chad Gimbel’s voice was booming above all and senior quarterback Drew Kittelson was slinging darts like he was in midseason form.

The Superlarks don’t have a lot of raised voices in their practice in Grand Meadow, but they mean business. Head coach Gary Sloan is still in charge, but his son Tyler has taken on some of the duties of directing players and keeping the team motivated.

Across the entire state of Minnesota, athletes and coaches are charged up right now. They’re really hoping for a normal season and I’m hoping we get one as well. No matter what happens, it’s time to embrace the challenge.