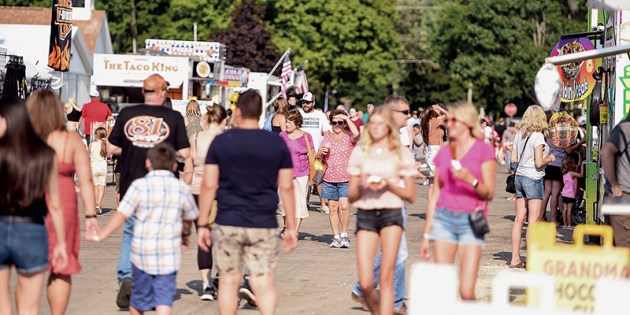 People flocked ot the midway in August for the opening of the Mower County Fair. Herald file photo 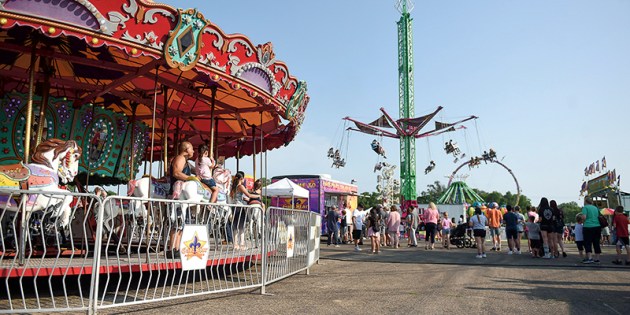 The midway was bustling on the first night of the Mower County Fair Tuesday night. Eric Johnson/photodesk@austindailyherald.com 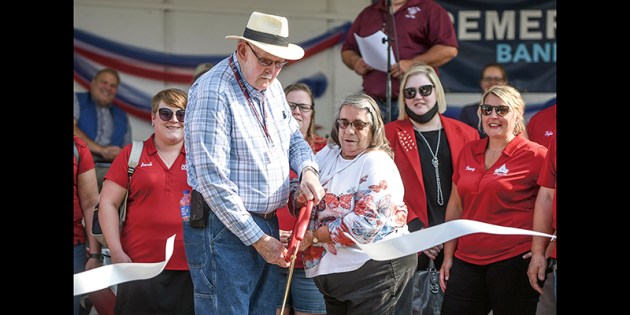 Nolan and Bonnie McConnell cut the ribbon on the 2021 Mower County Fair Tuesday night during opening ceremonies. The couple were this year’s Fair Persons of the Year. Eric Johnson/photodesk@austindailyherald.com 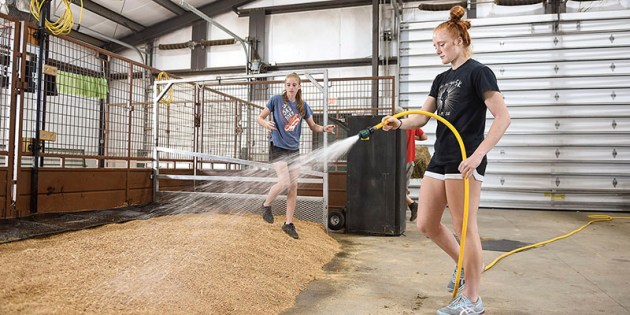 Cassidy, right, and Marissa Shute prepare stall space for their beef cattle Monday morning, in preparation for the Mower County Fair, which starts tomorrow. Both are members of the Enterprose 4-H Club. Eric Johnson/photodesk@austindailyherald.com 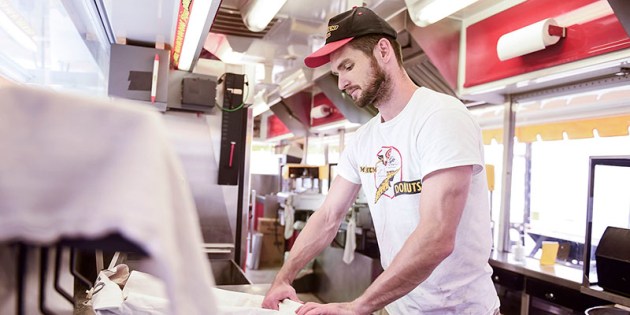 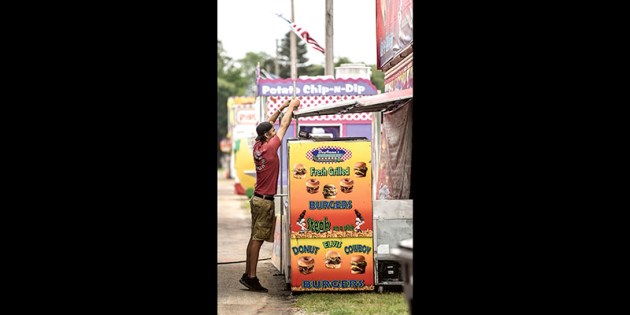 In a turn-around from the morning, when clouds and drizzle dominated the grounds, the afternoon’s event was sunny and inviting for a week many have been looking forward to after the fair was called off last year due to the COVID-19 pandemic.

Tuesday night saw a bustling fair with the midway in full swing and plenty of people walking between the food vendors.

As opposed to to last year, the optimism this year has officials like Finley looking forward to the rest of fair week.

“It helps you realize what you have,” Finley said after the ribbon cutting. “It’s coming together really well and we’re awfully proud of what we have.”

This year’s Fair Persons of the Year were Nolan and Bonnie McConnell,  who were parking attendant supervisors for 17 years.

Before introducing them, Finley had a little fun with Bonnie.

“These folks have been around here for many years,” he said with a chuckle. “The first year on the board I got yelled at a lot.”

The fair runs through Sunday with events each night at the grandstands and throughout the fairgrounds.

For more on the fair, visit www.mowercountyfair.com/