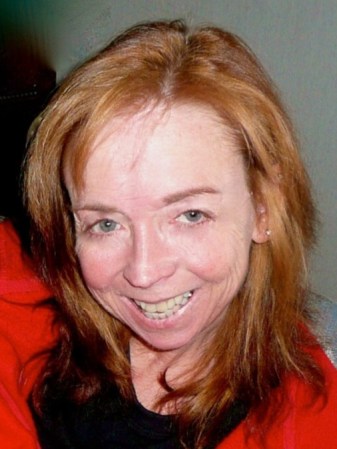 Rachele “Shelly” Faye Nelson, age 57, of Austin, Minnesota, passed away on Wednesday, July 29, 2021 at Mayo Clinic Hospital Saint Marys Campus after a long and courageous battle with Rheumatoid Arthritis. Rachele Faye Kaus was born on March 21, 1964, in Austin, Minnesota, to Dale and Doris (Heinzerling) Kaus. Shelly graduated from Austin High School in 1982 and went on to achieve a degree in Graphic Design from Austin Community College. On September 26, 1987, Shelly was united in marriage to Gary Nelson at Grace Lutheran Church in Austin, Minnesota. From this union a son, Chase, was born. Over her lifetime, Shelly’s career path took her down many roads including a graphic design artist, optical assistant, elementary school para, and managerial assistant. But Shelly was best known for her love of animals, including horses, dogs, rabbits, goats, buffalo, and birds. She was very proud of her volunteer work with various Humane Societies and animal rights groups. There are countless animals, especially dogs, that lived great lives because of Shelly; she never accepted that an animal couldn’t be saved. Shelly had a zest for life and was determined not to let Rheumatoid Arthritis slow her down. She was a daughter, sister, wife, nurturer, and friend to many people.

Shelly is survived by her loving husband of 33 years, Gary of Austin; son, Chase of Rochester; father, Dale Kaus of Austin; sisters, Karla (John) Weis of Champlin, and Dora Kaus-Helmers of Shakopee; and nephew, Braxton Helmers. She was preceded in death by her mother, Doris. Kaus.