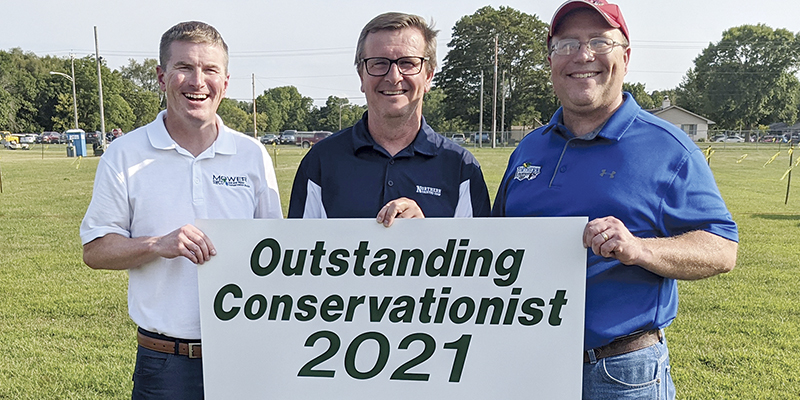 Northern Country Cooperative in recent years has led an innovative research project on eight acres of its cropland in Mower County to study how farmers can better manage nitrogen to produce crops in a more profitable way while helping the environment. Some of the research involves studying the effects of using cover crops, which are a second, unharvested crop in coordination with regular cash crops, such as corn and soybeans. 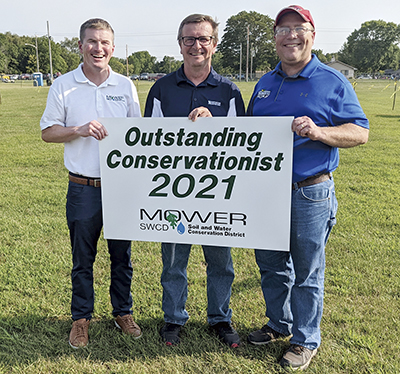 For its extensive conservation efforts, Northern Country has been chosen as the 2021 Outstanding Conservationist of the Year by the Mower Soil & Water Conservation District’s Board of Supervisors.

In December, Northern Country will be recognized with dozens of other ag producers for outstanding conservation work at the 85th annual convention of the Minnesota Association of Soil & Water Conservation Districts (MASWCD) in the Twin Cities.

“Northern Country is doing great work to provide a better understanding to all producers on farming practices that benefit both the environment and a farm operation’s economics,” Mower SWCD soil scientist Steve Lawler said. “They are great partners and examples in the ag industry for their proactive approach in addressing agricultural and agronomic issues.”

Under Northern Country’s farmer-led project, local research is being done with partners to share scientific results that help develop what’s called best management practices, or BMPs, Lawler said. These practices will improve the environment while educating and enhancing local communities.

Nitrogen is the nutrient that most often is deficient for crop production in Minnesota, and its use can result in substantial economic return for farmers, according to the University of Minnesota Extension.

Irvin, an area manager for Northern Country, said the conservation award is an honor for the farmer-owned cooperative that is based in Stacyville, Iowa, but has six of its 12 locations in Mower County.

“We’re working hard to find solutions for our growers that are sustainable and economical, and we believe the Answer Acre project will greatly help with that effort,” said Irvin, a lifelong Mower County resident with the cooperative since 1998.

Irvin also has been instrumental in the expansion and improvement of the cooperative’s Lansing facilities to meet the present and future market/volume demands.

Northern Country, which has about 1,500 members, has a nine-member board of directors that supported establishing multi-year replicated trials at what’s called the “Sustainable Answer Acre” just west of the village of Lansing consisting of nitrogen BMPs in unison with the incorporation of cover crops.

Lawler and Mower SWCD has teamed with Northern Country – along with the University of Minnesota, Riverland Community College and farmer partners – for the Answer Acre located along Mower County Road 2. The cooperative has built a large sign about the project at the site, where Lawler has drilled more than 65 wells to test nitrate levels in groundwater.

Lawler also has worked numerous times with Northern Country on outreach and educational events on the Answer Acre.

They also collaborate with the Austin-based Riverland Community College’s Agricultural Science program for educational field experience and use of Riverland’s lab for the research.

Current practices being analyzed at the Answer Acre include nitrate-nitrogen rate, amounts and timing; cover crops; tillage/no-tillage; monitoring and measuring of soil health; water quality; and cropland productivity and profitability.

About four years ago, Lawler started talks with Northern Country about the research project led by two of the cooperative’s board members Tom Cotter and Jim Kellogg, who both are Mower County farmers. Alan Slowinski also supports the project while farming the Answer Acre site on a corn-soybean rotation.

Actual field work at the Answer Acre began in 2019 thanks to the first of three grants from the Minnesota Corn Growers totaling $90,000 overall. The Nature Conservancy also has provided funding support. The site was chosen for its groundwater source’s proximity to the soil surface and that area designated by the state as potentially vulnerable for groundwater contamination.

Concerns stem from the leaching of nitrogen below the crops’ root zone because that is when excess nitrogen can enter groundwater or a drainage system that empties into surface water like the Cedar River, which is about a half-mile east of the Answer Acre site. Organic matter has been shown to help keep water in a plant’s root zone while also playing a critical role in improving soil health because it stores nutrients, provides food for microbiome and holds moisture for microbiome.

Researchers are testing BMPs that optimize nitrogen uptake across the growing season and different types of agronomics. They also test BMPs that reduce nitrogen leaching below the root zone. 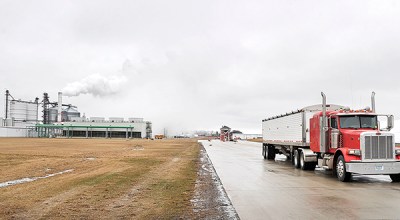