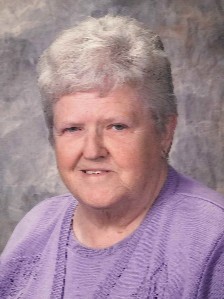 On April 13, 1946, Nelda was united in marriage to Harlan Lloyd Hanson at Austin Baptist Church in Austin, Minnesota. This marriage was blessed with two children, Gregory and Janice. Nelda and Harlan resided in Minnesota and later moved to Tucson, Arizona. Nelda and Harlan shared 50 years of marriage.

Nelda was employed in the Financial/Treasury Division for Prudential Insurance. She retired in January of 1985. Nelda was a member of Shalom Baptist Church, now Cross Point.

Nelda enjoyed reading, traveling, women’s groups through church, was a 4-H leader, and activities at the Senior Center. She especially enjoyed spending time with her family, grandchildren and friends.

Nelda passed away on Tuesday, August 10, 2021, at Harmony River Living Center in Hutchinson, at the age of 95 years.

Nelda is survived by her:

Janice E. Barington and her husband, William, of Hutchinson, MN;

Kara Emig and her husband, Peter,

Many other relatives and friends.

Memorial Service was held on Friday, August 20, 2021, at 2:00 P.M. at Dobratz-Hantge Funeral Chapel with interment at a later date in Fort Snelling National Cemetery in Minneapolis, Minnesota.

Arrangements by the Dobratz-Hantge Funeral Chapel in Hutchinson. Online Obituaries and Guest Book available at www.hantge.com.