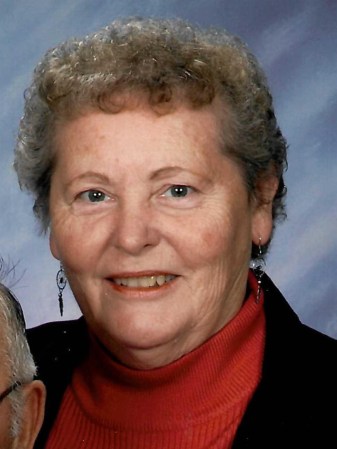 Linda Fay was born March 6, 1937 in Augusta, Wisconsin to Ivan and Vada (Daniels) Pettis. She was a graduate of Augusta High School. On July 23, 1955 she was united in marriage to Edwin “Ed” Harmon at the Methodist Church in Augusta. Later that year, her husband Ed was drafted and spent the next two years serving his country in the U.S. Navy. Linda and Ed then followed family to Austin, Minnesota. Linda worked as a clerk for Sears for 18 years and for the Austin Public Schools for more than 13 years. She retired in 2000.

Linda was a faithful member of First United Methodist Church in Austin, and a longtime member of Women Of The Moose. She enjoyed baking, and spending time in the garden.

A memorial service will be held at 12:00 noon on Sunday, August 22, 2021 at Clasen-Jordan Mortuary with the Reverend Forrest Miller officiating. Visitation will be held on Sunday morning from 11:00 am to 12:00 noon, prior to the service. Private interment will be at Grandview Cemetery.