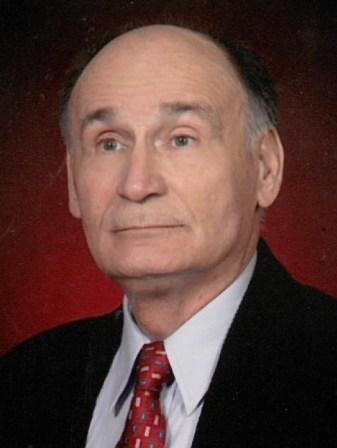 Lee was born February 14, 1944, in Tripoli, Iowa, to Otto and Ina (Sauerbrei) Bonorden. He grew up in Tripoli and graduated from Tripoli High School in 1962. Lee served his country in the United States Navy, enlisting twice; all spent in San Diego, CA. He attended Kansas State University, San Diego State University, and the University of North Iowa. He met and married Katherine Lopez in Oelwein, Iowa on January 22, 1972. The couple was blessed with two children. They later divorced.

Lee worked as a photographer and newspaper reporter his entire career. His work took him to Iowa, Wyoming, Illinois, Wisconsin, Missouri and finally settling in Austin, MN. He worked for the Austin Daily Herald for 24 years, before retiring in 2009 due to health issues. His very first assignment in Austin was covering the Hormel strike in 1985. He was a renowned writer and had quite the following for his stories and weekly columns. Circulation was always highest on Thursdays, his column day. He was honest and blunt in his writings; not afraid to voice his opinions or say the things everyone was thinking but afraid to say. You may not have agreed with what he wrote, but you respected his words. And lots of times, you couldn’t stop laughing after reading. He loved talking, writing, and just listening…to anyone. “Everyone has a story to tell,” he’d say.

He loved cruising the rural roads (smoking his pipe and listening to music) and writing about all the small towns and their people. He developed a special affinity for “those Adams folks,” as he called them. He was a gifted writer and could make the most mundane story interesting and anyone feel special about whom he wrote. The week of the Mower County Fair was a favorite time of the year. He was known to enter a celebrity tractor pull or milking contest, in between covering all the 4-H kids and their animals.

He loved smoking his pipe, walking at the Hormel Nature Center, music (Elvis, Johnny Cash, ZZ Top and the Foo Fighters) reading books, dogs (especially grandpups Zoe, Gemma and Athena) and watching television (Johnny Carson, David Letterman, Bob Newhart, Cheers, 60 Minutes and The Sopranos) and movies. He was a diehard Iowa Hawkeyes, Duke basketball, Boston Celtics, New York Yankees, and New England Patriots fan. But most of all, he loved God and his family. When asked where he would go if he could go anywhere in the world, he replied, “wherever my kids and grandkids are.”

A memorial service with full military honors will be held at 11:00 a.m. on Saturday, August 21, 2021 at Grace Lutheran Church in Austin with Pastor Arvid Jovaag presiding. Visitation will take place from 4:00-7:00 p.m. on Friday, August 20, at Worlein Funeral Home Chapel in Austin and will continue for one hour prior to the service at the church on Saturday. A private burial will take place at a later date at Grace Lutheran Cemetery in Tripoli, Iowa, where he will be buried with his parents.