Hulne: Time for area athletes to embrace the fight 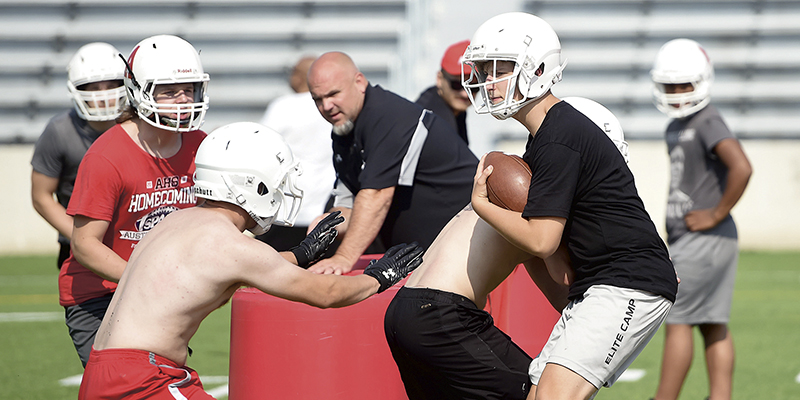 Fall sports are right around the corner as games are scheduled to begin in late August. The Friday night lights will be humming, the gyms will be roaring and the fields will be flooded with competitors.

Another season of high school sports will surely be exciting for fans and parents alike, but it’s the athletes who will get the most as they will soon begin hitting it hard in practice in preparation for the contests that lie down the road.

There is so much that goes into sports, and most of it is not seen by the public. Athletes have to stay in shape and stay focused, coaches have to log in hours in the film room and athletic directors have to be on their toes with ever changing schedules, especially in the era of COVID-19.

I’ve always been a fan of the “Rocky” movies and it’s not just because of the namesake. The films do an excellent job of capturing the fighting spirit and the song “Eye of the Tiger” has stood the test of time as a go-to hype song.

In the fourth installment of the franchise, when Rocky reaches the top of an obscure, snowy Russian mountain at the end of a training montage to the beat of “Hearts on Fire,” you already know that Ivan Drago is doomed. After all, throwing punches at an invisible opponent around a rope sure beats the Soviet Union’s technologically inclined training methods any day of the week.

But in all seriousness, the “Rocky” movies show the work ethic and discipline that it takes to be successful in the field of competition and they also display the importance of a fighter’s mentality. I would advise any athletes from the current generation to check them out if they haven’t seen them yet.

In sports, much like in life, there are fighters and quitters. Fighters will continue to attack whatever obstacle lies in front of them, where quitters will check out or give in and accept defeat.

In the end, it doesn’t matter as much if you win the game, it’s how you compete. If you give an honest effort and push yourself outside of your comfort zone, you can walk away with a feeling of accomplishment. That may sound cliche, but I believe it is one of the great truths of competition.

If you are an athlete who is preparing for the season, be sure to stay focused and hungry. Give it your all.

After all, the clock is ticking and your time as a competitor is running shorter every day.