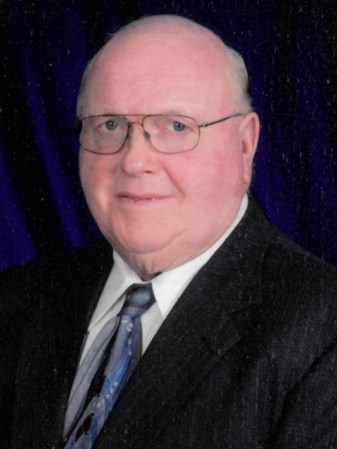 Henry “Hank” Herman Freese, age 81, of Austin, Minnesota, passed away on Friday, July 30, 2021, at his home. Hank was born June 16, 1940, at home in Red Rock Township, Minnesota, to Herman and Marie (Bos) Freese. He attended Minnercka country school and graduated from Lyle High School in 1958. On June 9, 1962, Hank was united in marriage to Joan Skov at St. Olaf Lutheran Church in Austin, Minnesota. They were blessed with two daughters, Ann and Lisa. In 1963, Hank was drafted into the United States Army proudly serving his country as a military police dog handler in Korea. He was honorably discharged from the service in 1965. In 1968, the couple moved to the acreage they currently live on. Hank had a 42-year career at the City of Austin-Waste Water Treatment Plant, where he held various positions, retiring as a foreman in 2007. He was a member of St. Olaf Lutheran Church, The Eagles Club, Moose Lodge, and was a 50+ year member of the American Legion Post 91. Hank also enjoyed being part of the “breakfast group.” He was a hardworking man who loved his family and attended his daughters’ sporting events and concerts. Hank’s interests included spending time outdoors doing yardwork, gardening, and feeding and watching the birds. He also enjoyed the companionship of many special dogs over the years. He will be fondly remembered and dearly missed by all who knew and loved him.

A funeral service will be held at 11:00 a.m. on Friday, August 6, 2021, at St. Olaf Lutheran Church in Austin, Minnesota. Visitation will take place from 4:00-7:00 p.m. on Thursday, August 5, at Worlein Funeral Home in Austin and will continue for one hour prior to the service at the church on Friday. Interment will be held in Grandview Cemetery, Austin, Minnesota. Military honors by American Legion Post 91 and V.F.W. Post 1216. Memorials are preferred to St. Olaf Lutheran Church or Mower County Humane Society or donor’s choice. Services are prearranged and performed with Worlein Funeral Home of Austin. Condolences may be expressed to the family online at www.worlein.com.