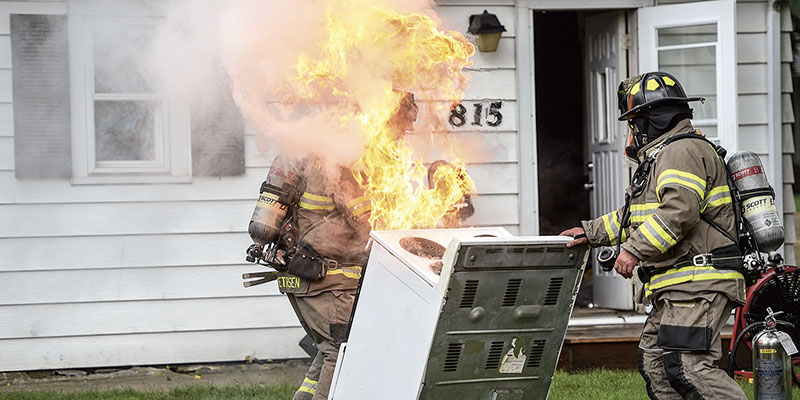 Flames burst from an oven as the door is opened after it was removed from a home in the 800 block of Ninth Avenue SE Friday afternoon. Nobody was home at the time and according to scanner traffic, an Austin Utilities employee witnessed smoke coming from the residence. Eric Johnson/photodesk@austindailyherald.com

The Austin Fire Department was called after smoke was seen at a Southeast Austin residence Friday afternoon.

According to Austin Fire Chief Jim McCoy, a utilities employee was turning on gas at the residence at 815 Ninth Ave. SE when he spotted smoke coming from the residence at about 1:45 p.m. Friday.

When firefighters arrived, they located the fire coming from inside the oven. The residents were not home at the time.

Firefighters removed the range from the residence and ventilated the smoke. No further damage was reported.

The oven was in cleaning mode when the fire started.