Dust in the wind: Post 1216 bows out of state tournament in loss to St. Cloud 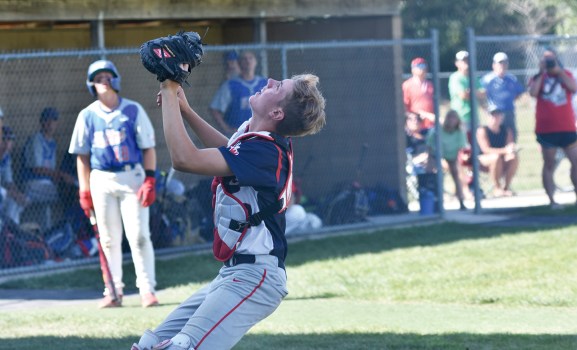 A cloud of dust gathers in front of the face of Austin’s Isaac Osgood in the seventh inning of Post 1216’s loss to St. Cloud a state VFW elimination game in Dick Seltz Saturday. Rocky Hulne/sports@austindailyherald.com 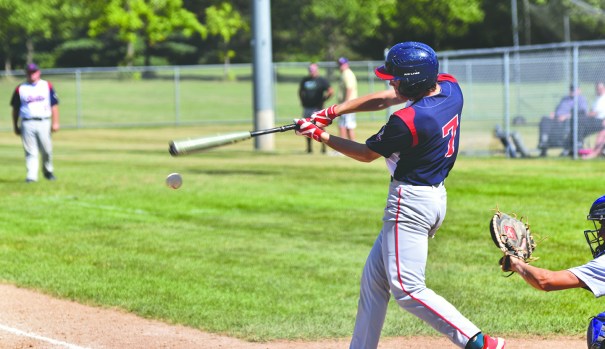 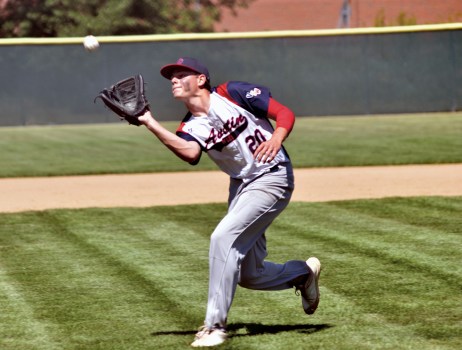 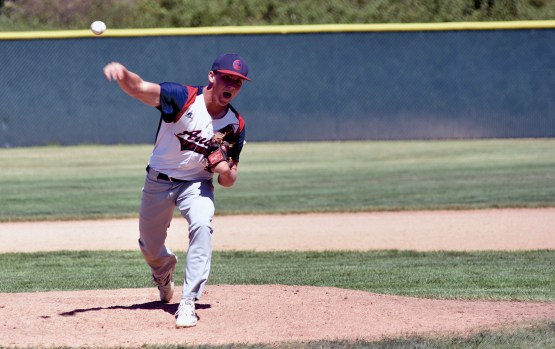 The Austin Post 1216 VFW baseball team hit a rough patch at the worst time as it had its season come to an end in a 15-7 loss to St. Cloud in a State VFW Baseball Tournament elimination game in Dick Seltz Field Friday.

Austin led 1-0 after one inning and the game was tied at 2-2 after two frames, but St. Cloud posted nine runs in the top of the third inning to take an 11-2 lead. The last two runs of that rally scored on a pass ball on what would’ve been an inning-ending strikeout.

“That inning definitely affected the game quite a bit,” Austin’s Isaiah Conway said. “ It was a tie game and then we couldn’t throw strikes for one inning.”

Austin pitchers struggled with control through much of the day as they walked a total of eight batters, while hitting four batters.

“We just picked a bad game to be wild. You’re not going to win many games with 10 free passes,” Austin head coach David Lillemon said. “I’ll never know for sure, but I think the lay-off hurt us. We were playing so well during the District Tournament and then to have a 17-day layoff before seeing the best pitcher we saw all year, that didn’t help.“

Lillemon was pleased with how his team battled back after being down 14-2 in the fourth. Conway extended the game in the bottom of the fifth inning when he came up with a two-out, two-run triple that brought Post 1216 within 14-5.

Despite going 0-2 in the state tournament, Austin made big strides this season (27-5 overall) and Conway said it was a run to remember.

“I see hope. We’re all pretty young and we have a good future ahead of us. We have good chemistry as well,”Conway said. “It was fun to play with all of these guys.”

Lillemon is excited to see what the future holds for this group of players.

“I’m awfully proud of them,” Lillemon said. “These kids will be better and they’ll be better for the high school and the Legion. If they stay together and play together, they’ll make improvements. Baseball looks good in the future of Austin.”

Jared Lillemon struck out three in two and a thirds inning of scoreless relief for Austin.