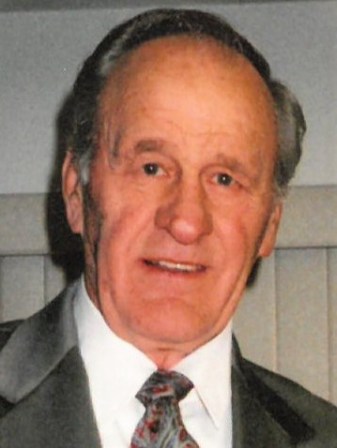 Donald “Don” Eugene Barnett, age 85, of Austin, Minnesota, passed away on Monday, August 2, 2021, at his home surrounded by his loving family. Don was born March 8, 1936, in Austin to Oscar and Cetha (Wyant) Barnett. He graduated from Austin High School in 1954. Don grew up chasing the love of his life, Cleo Carmack, around the neighborhood. The two were wed on January 22, 1955, at the Salvation Army Church in Austin. The couple moved to Silver Bay, Minnesota, where Don worked for 8 years before returning to Austin. He then began his long career with Hormel until he retired in 1985 at the age of 55. He made the most of his retirement spending it with his family as much as he could and taking in the great outdoors whenever possible. He enjoyed family camping trips to Alaska and Michigan but his favorite spot of all was Red Indian Campground in Aiken. Don loved time spent at his brother, Howard’s cabin. Hunting, fishing and golfing were also passions of his. Family was everything to Don as they raised 5 children together and taught each one of them to love the outdoors. He was also known as Mr. Fix it by family and friends near and far. If it was broke, take it to Don.

A memorial service will be held at 11:00 a.m. on Thursday, August 5, 2021, at Worlein Funeral Home Chapel in Austin. Visitation will take place one hour prior to the service. Memorials are preferred to the Salvation Army. Worlein Funeral Home of Austin is assisting the family with arrangements. Condolences may be expressed to the family online at www.worlein.com.