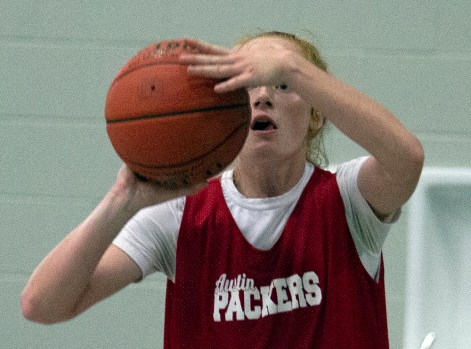 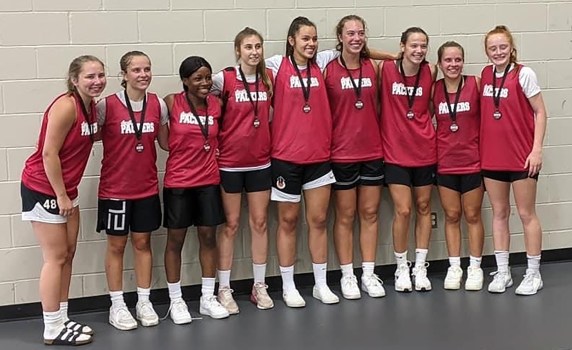 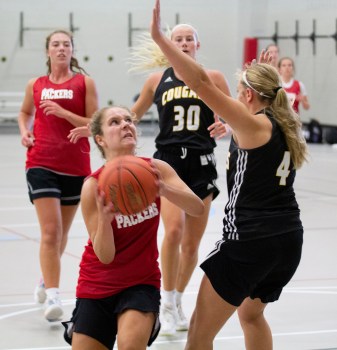 There hasn’t been a lot of rest for the Austin girls basketball team lately, and they are just fine with that.

After playing in their second Minnesota Class AAA State Girls Basketball Tournament in a span of three years, the Packers finished up a nearly nine month stretch of hoops when they took third place in the Division 1 Pacesetter Tournament in St. Cloud this past weekend.

Austin beat Mankato East 74-63 in the third place game after it fell to Minnetonka in the semifinals.

“Minnetonka is a really good team,” Austin head coach Eric Zoske said. “They’re so good that they were up five with four minutes against Hopkins in the championship game before Hopkins came back and won like they always do. We played well. They were just a little bit better. We want to go into situations like that in the summer to make us better.”

“(SMA) has one of the top guards in the metro area and Hope (Dudycha) went toe to toe with her,” Zoske said. “They each had 30 or 40 points and it was really fun to watch.”

Dudycha has been playing varsity basketball with her twin sister Emma for the Packers since they were seventh graders and she has now finally played her final AAU game after a long stretch on the court.

“It was fun getting to play a bunch of games with my teammate and we all got closer,” Hope said. “We know we’re getting better and we’re ready for the season. My AAU team also won a couple of big tournaments. It’s kind of crazy (to be finishing up). It hasn’t really hit me yet that that was my last summer basketball game and last summer of AAU.”

Zoske said Austin’s starting five will be a tough one to reckon with when winter arrives. Along with Hope and Emma, Austin brings back starters Reana Schmitt and Cassidy Shute, who both showed good growth last season. The Packers’ X factor could be junior Olivia Walsh, who gives Austin an athletic presence in the paint.

Although the future is still uncertain with the pandemic sticking around, Hope said it was nice to have a normal summer without masks. Now she’s ready to have one final run with the Packers.

“We had a normal summer and we were back in the gym like we always have been,” Hope said. “Olivia had a big summer and she’s going to have a standout season. Our starting five has strong chemistry and it should be a fun year. We have high expectations again.”