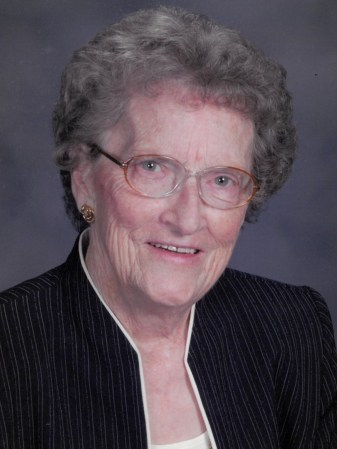 Arlene G. Bonnes, age 98, of Lansing, Minnesota, passed away on Monday, August 16, 2021, at Legacy of Brownsdale in Brownsdale, Minnesota. Arlene Gladys Braastad was born December 21, 1922, in Minneapolis, Minnesota to George and Annie (Frandle) Braastad. She attended grade school in Blue Earth, Minnesota and then country school in Taopi, Minnesota through the 8th grade. In 1940, Arlene graduated from Austin High School in Austin, Minnesota. On January 24, 1942, she was united in marriage to Merle Bonnes at St. Olaf Lutheran Church in Austin. The couple was blessed with three children. Early in their marriage, Arlene and Merle spent a few years in Bristol Center and Rock Dell. In 1957, they moved to Lansing. Arlene worked for 11 years as an office manager for Dr. Downing. She then drove school bus and worked at the Lansing Post Office. Arlene also assisted her husband in their businesses, Bonnes Bros. Bristol Garage and Merle’s Service in Lansing doing inventory and bookkeeping. She enjoyed camping, fishing, traveling, quilting, and making and selling lefsa for 20 years. She was a longtime member of Red Oak Grove Lutheran Church, where she was active in WELCA. Arlene was also a part of an extension group called The Hustling Homemaker. In 2013, she moved to Austin, Minnesota. She will be fondly remembered and dearly missed by all who knew and loved her.

A private family graveside service was held in Red Oak Grove Lutheran Cemetery, rural Austin. Memorials are preferred to a charity of donor’s choice. Services are prearranged and performed with Worlein Funeral Home of Austin. Condolences may be expressed to the family online at www.worlein.com.