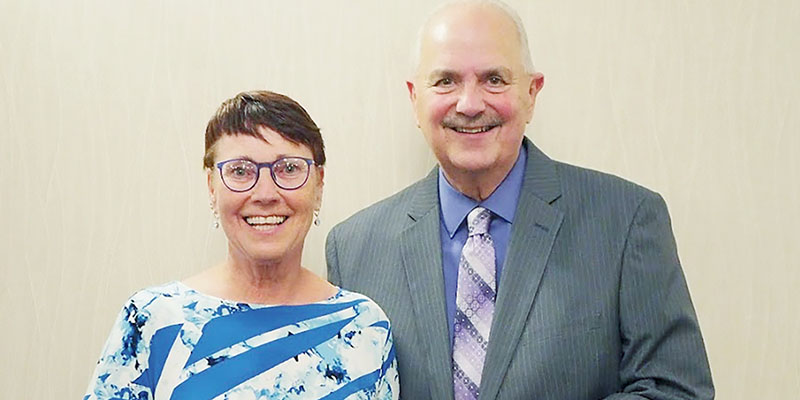 One current and two former Minnesota Legislators from southeast Minnesota were recently honored at the Coalition of Greater Minnesota’s summer conference in Alexandria on July 29.

Dornink, a Republican from Hayfield in his first term defeated Sparks last year for the District 27 seat and according to the CGMC has emerged as a leader in the push for additional state funding for municipal water facilities.

In this last session he was the chief author of a bill to provide $100 million in state bonding funds to the Public Facilities Authority to support wastewater and drinking water infrastructure grant and loan programs.

The bill wasn’t passed, however, it now sets the stage for next year.

“Despite being new to the Legislature, Sen. Dornink quickly recognized the importance of state support for wastewater and drinking water infrastructure,” said Greg Zylka, president of the CGMC, in a press release. “He has been very engaged with local leaders on this issue and is active in trying to help not just communities in his district, but communities all across the state.”

The Legacy Award honored both Poppe and Sparks for their years serving in the Legislature. Together, the two combined for 13 terms representing District 27B and District 27 respectively.

Poppe was noted for her strong support of Local Government Aid, community and technical colleges and was the chair of the House Agriculture Committee. She authored legislation that aimed to provided additional state funding for clean water infrastructure  grant and loan programs that help cities cover the costs of much-needed repairs and upgrades to their water and wastewater facilities

“Rep. Poppe was extremely dedicated to improving and strengthening rural communities,” Zylka said. “She always listened to the  needs of her constituents and worked hard to find solutions to the problems facing her district  and all of Greater Minnesota. We are grateful for her years of service in the Legislature.”

“Sen. Sparks was a go-to advocate for Greater Minnesota,” Zylka said. “Whenever we asked him to sign on to legislation or help  secure a hearing, he was always eager and willing to help. We’re grateful for his years of hard  work and legislative service on behalf of his district and all rural communities.”