A Waseca man who allegedly raped a woman in an Austin hotel room made his first appearance on Wednesday in Mower County District Court. 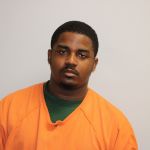 The criminal complaint states police were dispatched at about 4:18 a.m. on July 4 on a report from a woman that she had been sexually assaulted in a room at the Holiday Inn. She indicated that she was unable to leave the room because someone in the room had a firearm.

An employee at the front desk gave police a key and said the room had been rented by a “Kevin Coats.”

Police established a perimeter and the victim left the room a short time later. She told police she had been sexually assaulted by Coats and that someone in the room took $1,200 from her purse. The victim was then taken to the hospital.

Coats denied sexually assaulting the victim and said that no one in the room touched her.

The victim said she tried to leave after the assault, but saw that someone had stolen money from her purse. She said that when she confronted Coats about the money, he pointed the handgun at her stomach.

Coats will appear in court again on July 16.