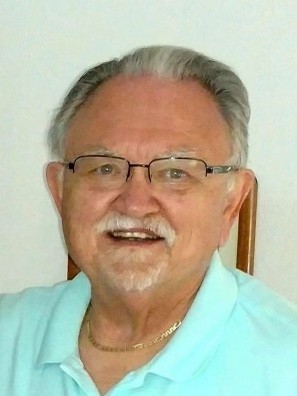 Tom was born on May 30, 1942 in Ashley, North Dakota. He was the son of Richard and Esther (Bertsch). Tom started out in country school where he discovered his passion for music at about the age of 7 when he was given a harmonica solo for a music program. He continued his love for music as he grew up in ND by playing trumpet and baritone, and sang tenor in the Ashley High School Boys’ Quartet. After graduating high school, he went to NDSU in Fargo, but after two semesters he heard a visiting marching band from Dickinson State, and felt called to transfer to DSU and began his studies in earning a music degree. On December 28, 1962, he married Louise Eszlinger, his sweetheart from Ashley. He graduated in 1964 from DSU and was awarded a Bachelor of Arts Degree in Music. His first job in 1964 was as a band/choir director at Ekalaka, MT, then went on to teach in Napoleon, ND, Sisseton, SD, and then Herman, MN (1970-86) where he and Louise raised their family, made lifelong friends, and have always considered their “home.” Other degrees awarded during his lifetime were Master’s Guidance Counseling from Northern State University in Aberdeen, SD; and an Administrator Degree from Mankato State in Mankato.

Under Tom’s direction, the music program in Herman flourished and it became cool for students to be in band. The students fundraised, traveled, and then competed in summer band trips to Rapid City, SD, Washington, DC, and Orlando, FL. Mr. Klipfel always used the phrase “Band Pride” – and it was understood by the students what those two words meant: Be proud of who you are and where you came from, be respectful, and be a good representation of the community.

The story unfolded as Tom and Louise moved to Austin, MN in 1988 and bought their very first house. He worked as an assistant principal in Austin at Ellis Middle School; at John Adams Middle School in Rochester; and at St. Theo School in Albert Lea. He retired in May 2005.

Tom was a man of many talents and interests. He crocheted a total of 175 prayer shawls that have been given out to family, friends, and anyone who was in need of comfort. He was an avid blood donor and a weekly platelet donor at Mayo Clinic in Rochester. He was recognized for giving platelets over 200 times. He continued using his musical gifts by playing Tevye in “Fiddler on the Roof” in Barrett, was the musical director in “State Fair” at Riverland Community College in Austin, MN, and sang in church choirs, with his wife, and with his beloved quartet “Forté” (John Deyo, Brad Weber and Pastor Dan Kahl), with Jan Gilbertson accompanying them. He loved listening to Gaither gospel music and Elvis Presley. He enjoyed wintering with Louise in Green Valley, AZ and gathering with friends and family. During the last couple of years, Tom and Louise joined Resounding Voices Chorus in Rochester, MN, a chorus who welcomed those experiencing Alzheimer’s disease or a related dementia and their support partners. They would rehearse weekly and perform publicly as often as they could throughout the year. The most important people to Tom were his family and his grandchildren. There is no person or thing that would come before them.

The family would like to thank Marsha & Gordy Kuehne and all of the special friends in Austin who helped with caring for Tom when Louise needed help. We also cannot express enough how much we appreciate the angels who are walking on earth dressed as nurses, aides, and assistants in Wing 2 at Sacred Heart Care Center. You treated Tom with respect, dignity, care, and love. We are forever grateful.

A memorial service is scheduled for August 14, 2021 at 11:00 am at Our Savior’s Lutheran Church in Austin, with the Reverend Jenna Couch and the Reverend Mark Van House officiating. Visitation will be at the church one hour before the service. Interment will be at Grandview Cemetery columbarium. On the day of the service, the family asks that you follow recommended CDC guidelines. Our Savior’s Lutheran Church’s (Austin, Minnesota) Facebook page will be live-streaming the service.

In lieu of flowers, memorials may be made in Tom’s memory to Resounding Voices Chorus (www.resoundingvoices.org).

We are comforted knowing that Tom is in his heavenly home. He finally remembers everyone and his suffering with Alzheimer’s is over.