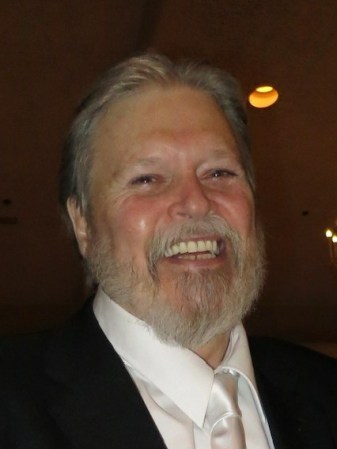 Robert was born April 29, 1944 to Odean Wangen and R. Marie (Hansen) Wangen-Iverson in Albert Lea, MN. His family moved to Austin, where he attended school through his graduation from Austin Central High School in 1962. He served in the U.S. Air Force, worked a variety of jobs, had four children, and later attended Northeast Iowa Community College in Dubuque, IA to attain his degree in Respiratory Therapy. He moved back to Austin, MN and worked as a Respiratory Therapist at St. Olaf Hospital (later Mayo Clinic Health System) until his retirement in 2008.

His favorite pastimes included snowmobiling (in his younger years), fishing, hunting, working with his hands- he could build and repair most anything, spending time with his children, visiting the casino, and spending time with his dogs. In his later years, he enjoyed lounging in his chair watching a good movie or TV show with his cat snuggled up in his lap.

He had a great, shocking sense of humor, and was always quick to tell a joke. He enjoyed striking up a conversation with everyone around him, and could chat for hours. He was an excellent cook, his chili in particular, and he knew his way around a grill. Throughout his years he had many friends, adventures, and challenges… and while his life wasn’t always perfect, he lived a life full of crazy stories and lots of love. He will be missed greatly.

Funeral services will be held at 11:00 a.m. Saturday, July 17, 2021, at Grandview Cemetery. A memorial luncheon to follow at The Fraternal Order of the Eagles in Austin, MN.

In lieu of flowers, the family wishes memorial contributions be made in memory of Robert to the Mower County Humane Society.