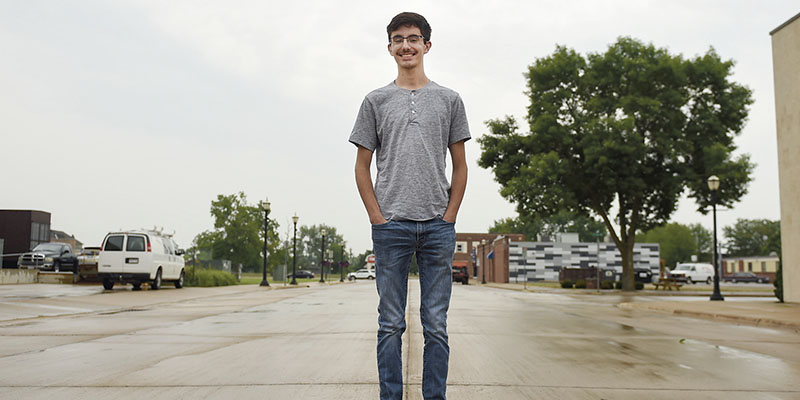 Keagan Larson, who graduated from Austin High School this spring, has published a book of poetry he hopes will help get his way through school. Eric Johnson/photodesk@austindailyherald.com

When Austin graduate Keagan Larson heads to Luther College this fall, he will be going to study computer science. But it’s what he’s put to paper that Larson hopes will help him get to that goal.

Larson has recently released a book of poetry titled, “A Book of Poems & Other Desires” through self-publishing on Amazon. Larson is hoping funds raised through the book will help support his way through college. 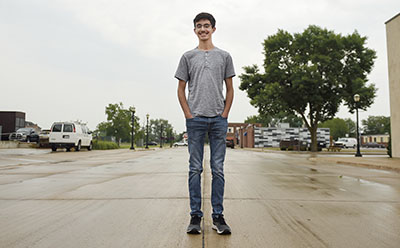 Keagan Larson, who graduated from Austin High School this spring, has published a book of poetry he hopes will help get his way through school.
Eric Johnson/photodesk@austindailyherald.com

“We were looking at schools and brainstorming ways to make extra money,” Larson said Wednesday morning. “The two ideas came together. What if I make a book and use it as a way to make money for college?”

However, Larson’s writing is deeper than just paying for college. His family is rich in artistic and musical talent.

“There is a lot of creative sources coming from my family,” Larson said. Two of those influences include his dad Levon Larson and grandmother Wendy Larson, both of whom are musicians in the area.

Larson’s own artistic endeavors came at a very early age and included writing and drawing, but as he aged he started to focus more on the written word.

“Growing up, that was always around me,” he said. “I was encouraged to create stories, encouraged to draw. Even back then I recognized it as a medium to use to really come up with anything I wanted to. Sometimes it wasn’t taken seriously at all. Even still, I saw it as a way to express myself.”

Larson said he has a lot of his poems saved from when he was younger and admits that some are pretty simple, but others weren’t too bad.

As he went through school, however, Larson found he was becoming more proficient at writing poetry that could span different subjects. Sometimes it came down to how he was feeling at the time.

“It’s all over the place,” he said. “Sometimes it takes me an hour to write one word down. A lot of the time I get into this head space and I’ll have to listen to music. Sometimes it just comes out of nowhere.” 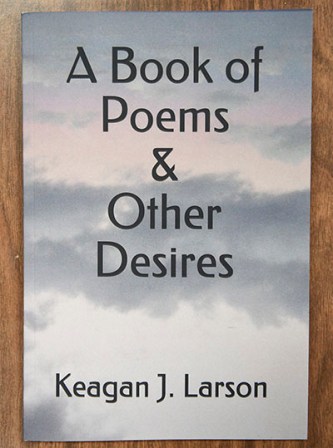 Available at Sweet Reads and Amazon.

Sometimes it’s just an emotion — angry or happy — that will take Larson on his written journey.

Larson didn’t give publishing a book deep thought, until the COVID-19 pandemic gave him plenty of time to conceive poems and ideas.

“I wrote a lot of these poems right when COVID-19 started,” he said. “Eventually I had this notebook filled with tons and tons of poems. My mom was the one who said, ‘geez Keagan. You have a lot of poems.’”

As Larson began bringing the idea of publishing together, he looked to family to help with illustrations that accompany the poems, specifically  Grandma Wendy.

The two came together over the course of the year, working collectively on Larson’s project, which he presented to people on Thursday at Sweet Reads.

What this means for the future, is still wide open. Even though there are computers in his future, he’s not ruling out more poetry.

“I hope so,” he said. “I don’t know what this other thing would be. I like leaving the door open in a sense for what that might be. I’m hoping as I go to Luther and have different avenues, this would maybe leave a foot in the door for that.”

Larson’s book is available at Sweet Reads as well as Amazon by searching for “Keagan Larson.”