Our Opinion: Take responsibility for your trash, junk 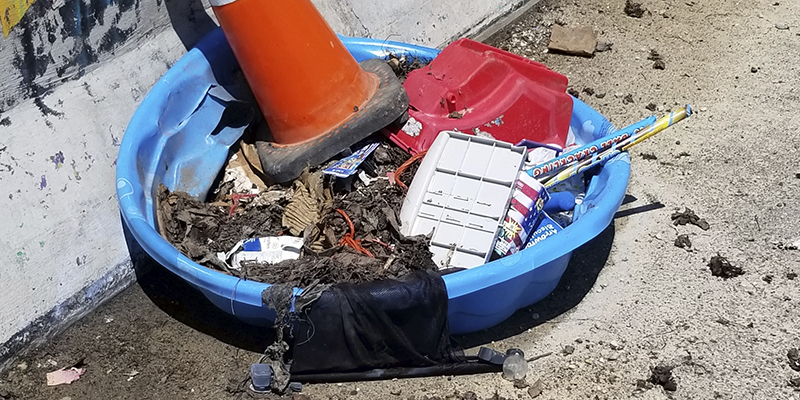 Recently, a reader sent us a series of depressing photos showing a person’s disregard for the world around us by dumping their trash, which included among other things, a plastic swimming pool and bed frame.

We could easily make this the shortest editorial the Austin Daily Herald has ever run by simply saying stop polluting, but we feel there is much more then that to say.

At its root, these types of acts show a selfish act of simply failing to be a responsible adult. Of course acts like this are a detriment to the land we all live on. It’s a myopic action that pays little attention to others. For them, it’s simply a means to an end. After all, thanks to this singular effort, they no longer have a swimming pool to worry about.

Here’s a tidbit that these people and others who commit acts like this no doubt are unaware of or choose to ignore. Plastics can take anywhere between 20 and 500 years to decompose. The numbers vary somewhat depending on the site you visit, but otherwise stay pretty consistent with the notion of a heck of a long time.

Nature pays for this price as the perpetrators simply drive back roads in the dead of night and discard these items when the risk of being caught is pretty low.

We feel that the cowardly aspect of this goes without saying — but it’s pretty cowardly.

At the very least, garbage disposed in a ditch and the land of others is an eyesoar, pain that is made worse when others have to show the responsibility the dumpers refuse to show.

We wonder if those who dump trash in ditches have children to worry about. It’s a natural question to wonder what kind of example they are passing down to those children. Certainly it’s a risk of creating yet another who carelessly continue this bad act.

We could continue this, but it is worth it to also point out concerns (after all, we don’t know exactly what is in some of the trash bags flippantly tossed from the back of a truck) and the damage tires and refrigerators do to the rivers and streams that also frequently act as dumpsters.

We could hammer home all these points, but instead it’s important to stress the common sense needed to not commit these crimes, and they are a crime. Just because you don’t get caught, doesn’t mean you are not committing a crime, but seeing that we have to actually explain what adults shouldn’t do with their trash, it’s worth reminding people of the consequences.

Those consequences can include a minimum of $400 fine for a misdemeanor conviction, but we would be remiss if we didn’t point out the word “minimum.” That indicates there are higher consquences depending on what you throw.

The basic fact is that common sense, as we just mentioned, takes just a moment’s worth of thought following a pretty basic thought: is this right? The incredibly pithy but simple answer is “no, no it is not.”

Yes, properly disposing of trash costs money, but that’s what being a responsible person entails. Take your junk to the landfill like a normal person and help ensure the rest of us don’t have to live in the trash of another.

And if anybody sees this crime being committed, please call law enforcement. Any step we can take to help stop this kind of behavior is a step worth taking.