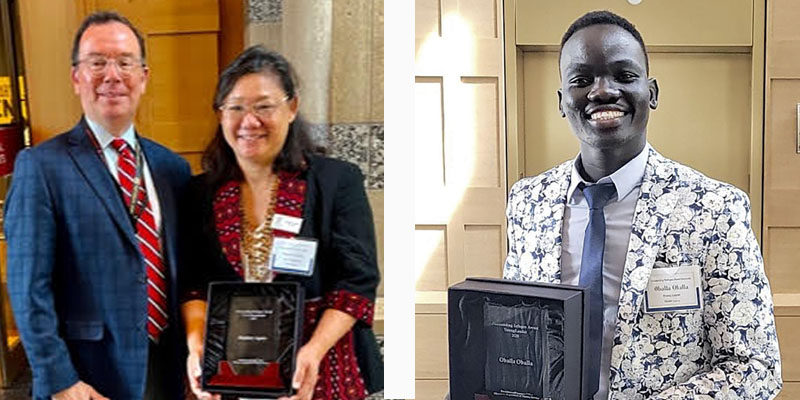 Earlier this week, Maylary Apolo and Oballa Oballa were recognized as Outstanding Refugees in a ceremony in St. Paul.

Apolo was this year’s recipient while Oballa received his award one year late because of the COVID-19 pandemic, having been honored in 2020.

Oballa was honored with the Young Leader Award for his leadership of LeadMN, an organization made of student representatives from colleges throughout the state. He is currently serving on the Austin City Council.

Apolo’s recognition was as the 2021 Civic Engagement Award recipient for her work with the Immigrant Law Center.

These are just two more examples of the contributions made by those coming to Minnesota from outside the United States. Both Apolo and Oballa aren’t simply satisfied to just be citizens. They are putting their efforts and experiences forward to ensure a better future for immigrants to come as well as making our community stronger.

In some ways, these awards also recognize the City of Austin and the strength of its diversity. We are many nations, but we are also one people and when it’s all said and done, Austin is all the better for it.

Congratulations Maylary Apolo and Oballa Oballa and thanks for the hard work you do for the betterment of others.