Our opinion: Boys of summer indeed 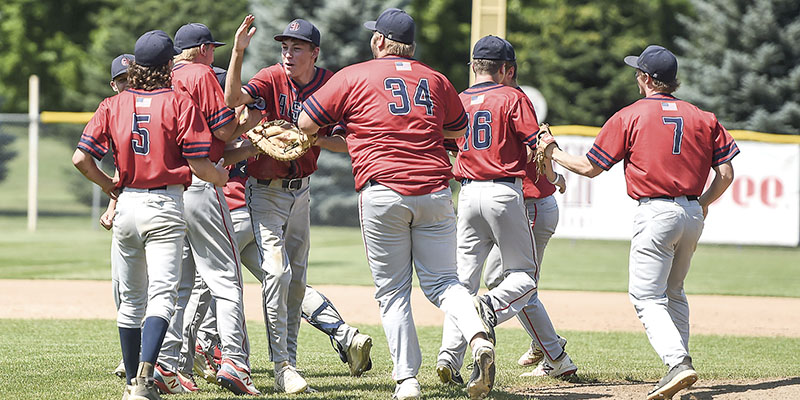 This weekend was the purest example of the Boys of Summer as you’re likely to find: kids celebrating a berth to the state tournament.

Both American Legion Post 91 and VFW Post 1216 advanced to the State Tournament in their respective levels, continuing this year’s success on the diamond.

It’s great when we are able to witness these kinds of celebrations. It shows us that baseball continues to thrill the young hearted and the young at heart.

Perhaps it’s a little cliche, but worth saying all the same: these kids left it all on the line throughout a grueling and hot tournament.

When Post 91 clinched their trip to the state tournament at Marcusen Park on Saturday, it was hot and sweltering, but when the final out was nabbed on a diving catch by Teghan Hovland, it didn’t matter. The celebration was as exuberant as it would have been any other time.

But while it’s worth congratulating the players for their success, it’s also important to recognize the role the coaches and parents play in this.

Without coaches like Joe Ciola and Dave Lillemon and their staff, we don’t know if there is the same success. The reason we say this is because both of these coaches have made sure that these kids have every opportunity to win at every possible opportunity. There is no massive paycheck at the end of the day, just the sight of Ciola running away from further water dousing from his players as if he was just one of the boys.

This is the kind of passion that makes kids successful, and it’s the support of parents that make it all possible. Parents are the backbone of any successful student athlete.

And of course, where would any of this be without the American Legion and the VFW, both of whom believe in the summer baseball experience. It is these two organizations’ sponsorships that make this all possible in the first place.

What we know after all of this is said and done is that Austin’s success is a complete team effort, from team to coach to parents to the Legion and VFW.

Best of luck to both teams as they strive for more in their coming state tournaments, but know no matter, what we’re all proud of you.