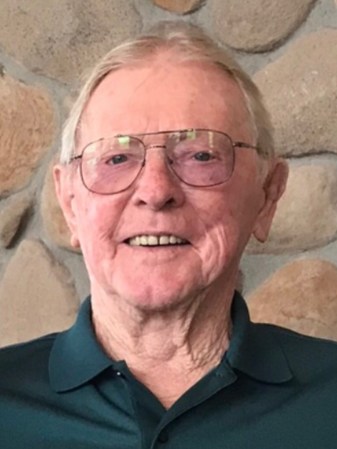 Max Dennis Crowley, 90, peacefully passed away Monday, July 12th at his home surrounded by his family.

Max was born on March 21, 1931 at St. Mary’s Hospital, Rochester, MN. He was the oldest son of Rex and Evelyn Crowley. He attended grade school in Lansing, MN, Queen of Angels and graduated from St. Augustine High School, Austin, MN. After graduation he proudly served in the Marine Corps during the Korean War. On September 20, 1954 Max was united in marriage with Rosemary Murphy at Queen of Angeles Church, Austin, MN. Together they raised 8 children. In 2020 they celebrated their 67th wedding anniversary.

Max retired from working for the Geo. A. Hormel & Company after 30+ years and enjoyed his second career driving semi. Together with Rosemary, they spent 5 years long-haul trucking and traveled to every state in the Lower 48. Their last run was an adventure to Alaska.

Max was known for his sharp mind and wit. He enjoyed reading, camping and always had a great story to tell. He also enjoyed his Monday morning breakfasts with the Korean War Veteran’s Club in Rochester, MN.

The Crowley family would like to extend heartfelt thanks to the caregivers at Mayo Health Systems that cared for Max over the years as well as the caregivers from Regency Health Care that helped the family care for Max during his final days.

Max’s spirit will forever be in the hearts of all who knew and loved him. He will be greatly missed.

In lieu of flowers, any donations received will be donated to the Korean War Veteran’s Club of Rochester. A private family Celebration of Life will be held at a later date.

Mayer Funeral Home is in charge of arrangements. Condolences may be expressed to the family online at: www.mayerfh.com.