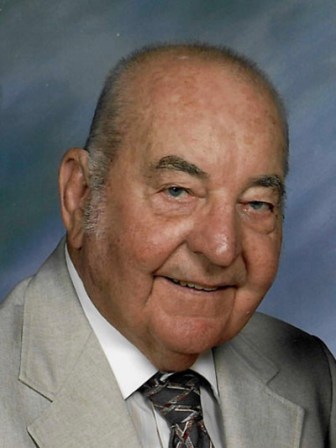 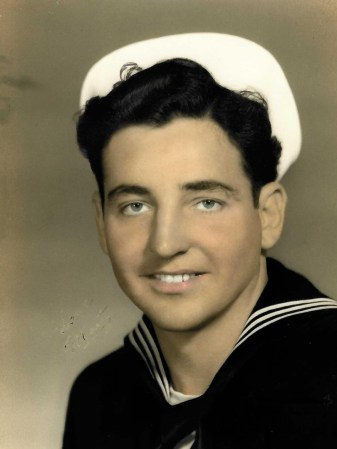 Martin Theodore Ehmke, 95 and 9 months, of Austin, Minnesota, passed away Saturday, July 10, 2021 at The Cedars of Austin.

Martin was born October 9, 1925 in Waltham, Minnesota to Carl and Anna (Paape) Ehmke. He attended school in Waltham through eighth grade and went on to attend Hayfield High School. He proudly served in the U.S. Navy during WWII and was stationed on the USS Dobbin where he spent time in Guam and New Guinea. After his service, Martin was united in marriage to Viola Schwartz on November 16, 1947 at Trinity Lutheran Church in Dexter Township. Over the years, they enjoyed their time dancing at the Terp, gardening and traveling to Arizona for the winter. After 54 years of marriage, Viola passed away November 8, 2001.

On July 5, 2003, Martin married Lucille Bump at Our Savior’s Lutheran Church. They enjoyed nearly 12 years of marriage together and loved spending winters in Phoenix, Arizona until Lucille’s passing in 2015.

Martin began working at Geo. A. Hormel & Co. in 1947 and during his 37+ years of employment, he had numerous “hobbies” that were a testament to his hard-work. From 1948 to 1960, Martin owned Ehmke Brothers Trucking with his brother Melvin. In 1967, he pursued his dream of owning a farm when he and his brother, Melvin, purchased their grandfather’s farm. After Melvin passed away, Martin sold the farm in 1971. Martin spent many years mowing county roads with his brother, Maynard.

Martin was a member of Our Savior’s Lutheran Church, the Austin American Legion Post #91 and Olaf B. Damm Post #1216 V.F.W. In his spare time, he enjoyed tending to his garden and mowing his meticulously kept lawn. His desire to travel took him to 48 of the 50 United States and when he was 91, he traveled to Germany with his family for the 500 year Reformation anniversary.

He was preceded in death by his parents; his wives; brothers, Maynard and Melvin; and sisters, Loretta Pater and Luella Hagge.

A memorial service will be held at 11:00 am on Friday, July 16th at Our Savior’s Lutheran Church with the Reverend Mark Van House officiating. Visitation will be at the church one hour prior to the service. Interment will be at Grandview Cemetery with Austin Post #91 American Legion and Olaf B. Damm Post #1216, V.F.W. in charge of military rites.

Memorials are preferred to Our Savior’s Lutheran Church