Hounds use a big inning to beat Serpents in playoff opener 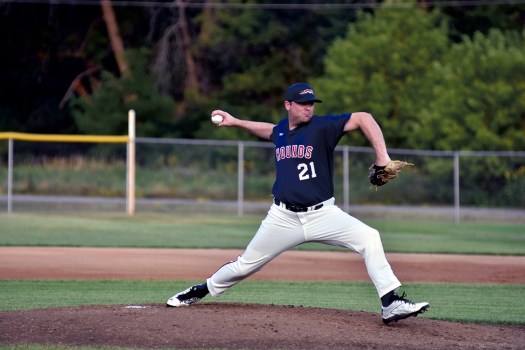 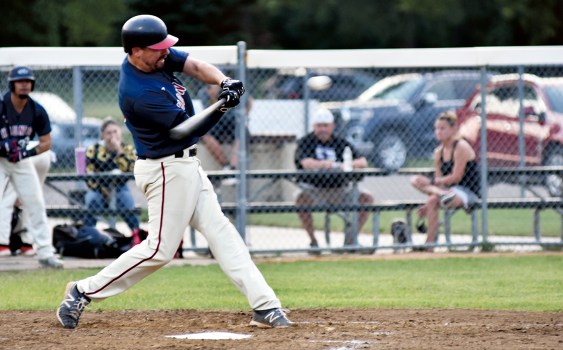 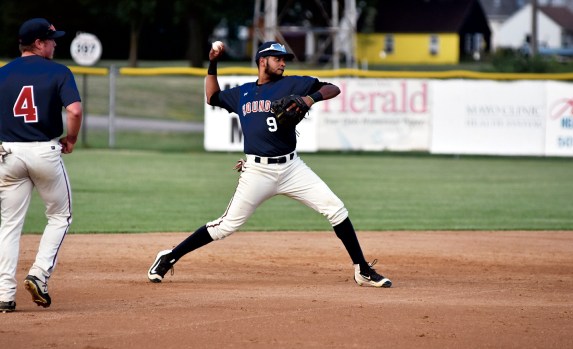 The Austin Greyhounds were short on players, but they were able to put together some solid pitching and a timely rally to beat the Lake City Serpents 5-3 in a Subdivision Tournament opener in Marcusen Park Wednesday.

Austin Fischer allowed just three runs in eight innings to score the win and long-time veteran Nels Nelson came in and pitched a scoreless ninth to get the save.

Alex Ciola, who went two-for-four with an RBI, has played with Nelson for quite some time and he even has memories of watching Nelson as a fan.

“He hasn’t thrown a lot of innings this year, but he’s been around for a long time,” Ciola said of Nelson. “I probably saw him when I was a bat boy. He’s always done it all and he’s helped his team win games.”

After being held to just one hit in the first four innings, the Hounds put up five runs in the bottom of the fifth to go up 5-3. Ciola beat out an infield single for an RBI and Eric Torres roped a run-scoring single to left field to tie the game up 3-3 in the bottom of the fifth. Torres scored on a one-out wild pitch to put Austin 4-3 and Miguel Castro blooped a run-scoring single to make it 5-3.

The rally was the only threat the Hounds put together, but it was enough to give them the win.

“We just had to be feisty. Their pitcher wasn’t giving us much to hit,” Ciola said. “We just needed timely hitting and we had to take walks when we could.”

The Serpents put up four hits in the fourth inning to go up 3-0 on the Hounds.

The Hounds were held hitless through the first three innings before Drew Copley snapped the slump with a double to center field to start the bottom of the fourth inning.

The rest of the Subdivision Tournament will be held in Cannon Falls and Red Wing over the next two weekends.

“Tonight was a big confidence booster because we were pretty shorthanded,” Ciola said. “Jordan Hart wasn’t here and we were missing the Legion players. It was good to get a W with just 10 guys and it was a nice, clean game.”