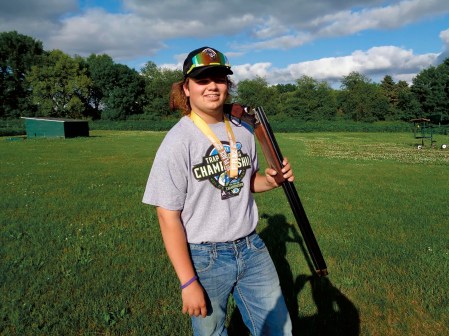 GMHS Head Coach Greg Lamp said that Dillon’s 2021 season was up and down with consistency being his biggest issue.

The team had to shoot in some difficult weather a few times which was likely responsible for some of Dillon’s low scoring rounds.  The weather was perfect for the League Championships and Dillon was shooting very well, scoring 47 out of 50 for his first two rounds,” Lamp said.

For Dillon’s second two rounds, Lamp felt he was shooting a bit fast and was concerned that things could quickly fall apart.

“I’m glad I didn’t say anything to Dillon, as he was crushing the targets.”  His timing and mental concentration held, scoring 49 out of 50,” Lamp  said.