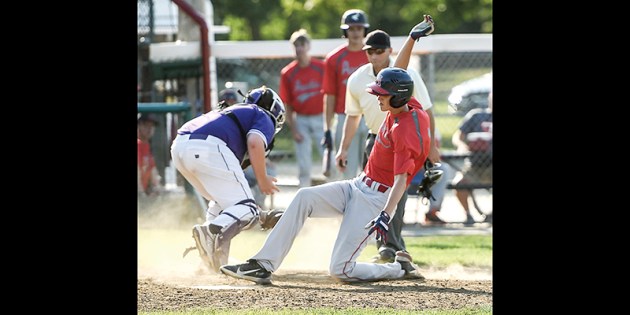 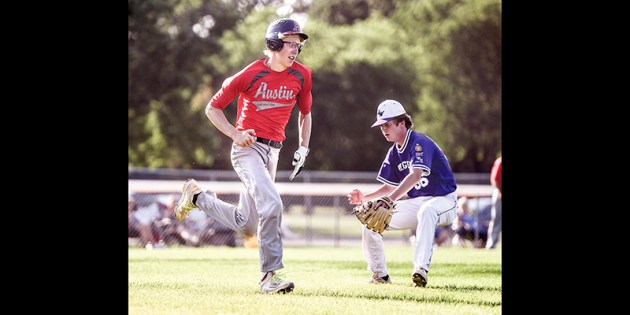 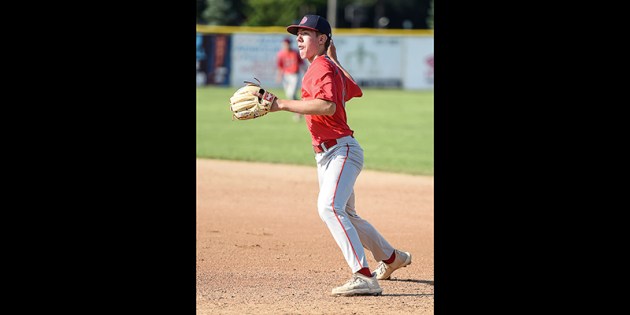 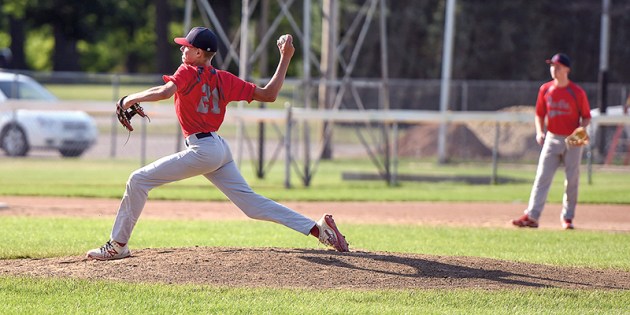 The Austin Post 1216 VFW baseball team was on its toes on defense and on point on the mound as it swept Red Wing by scores of 6-0 and 2-0 in a non-conference five inning game in Marcusen Park Friday.

“We played errorless in the field and it was fun to see kids make plays,” Austin head coach Dave Lillemon said. “I’ve seen it in the last three games. We’ve progressed in the field, we’ve turned three or four double plays and we’re making the routine plays and then some outstanding plays. That’s encouraging.”

Payton Ransom gave Austin (15-3 overall, 8-3 Southeast District) a dominant mound performance in the opener as he allowed just one hit and struck out six to earn a shutout. Red Wing’s only hit came in the top of the first inning.

“I mainly just had to throw strikes with the fast ball early in the count, and I had the curve ball going,” Ransom said. “The defense played well with no errors. It’s definitely fun to win and when we’re making the plays, we’re usually winning games. We’re a pretty good hitting team most of the time.”

Austin extended its lead to 5-0 when it scored two runs in the fifth. Braden Bishop blooped a single and Connor Munson bunted for a single to set the table. The scoring came when Ransom singled in a run and Cody Bloom grounded out to knock in a run.

Isaac Osgood put Post 1216 on the board when he lined a two-out RBI single into center field in the bottom of the second inning. Isaiah Conway and Mac Nelson added RBI singles to push the lead to 3-0.

“Those three two out hits were huge,” Lillemon said. “We were missing three guys tonight and it was good to see the younger guys step up.”

The Post 1216 defense stepped up early on when Jared Lillemon turned a double play after Red Wing had runners on first and second with one out.

“We’ve come a long way this summer,” Ransom said. “A lot of us know each other from playing together at younger ages, but this has been fun.”

Post 1216, which has now won six straight, has already qualified for the VFW state tournament as a host team this summer, but Austin is hoping to finish in the top four of the Southeast District so it can host a Divisional Tournament. Friday’s win puts Austin up two games ahead of Red Wing in the chase for the top four.