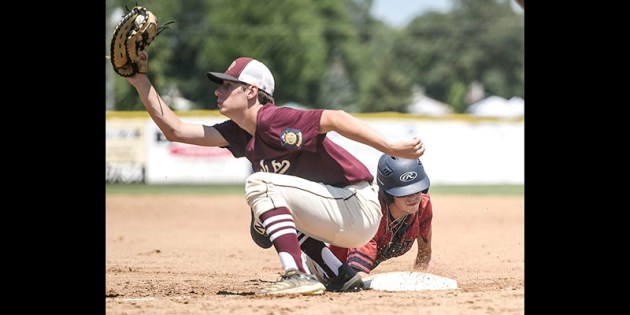 Austin’s Sam Nelson dives back into first on a pick-off attempt against the Rochester Redhawks in the Sub State District 1 championship Saturday at Marcusen Park. Eric Johnson/photodesk@austindailyherald.com 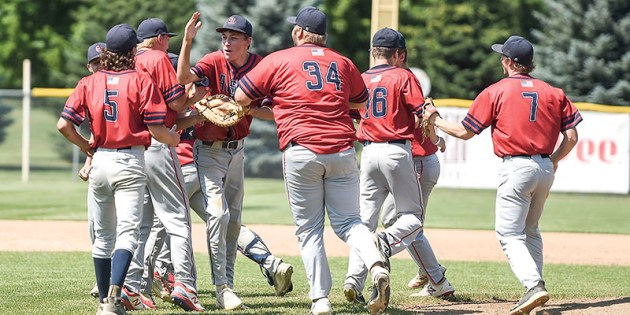 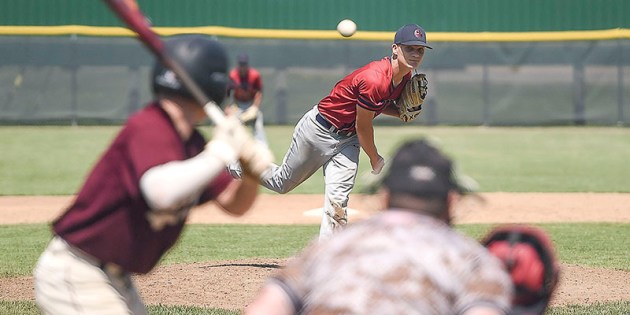 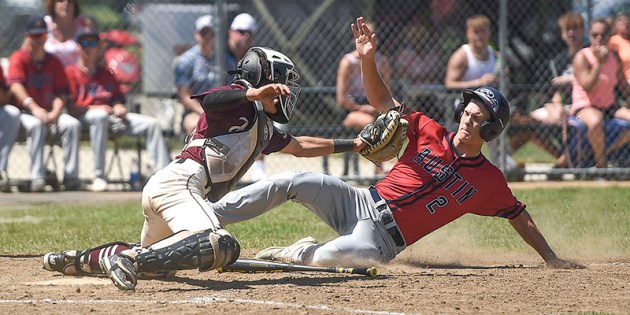 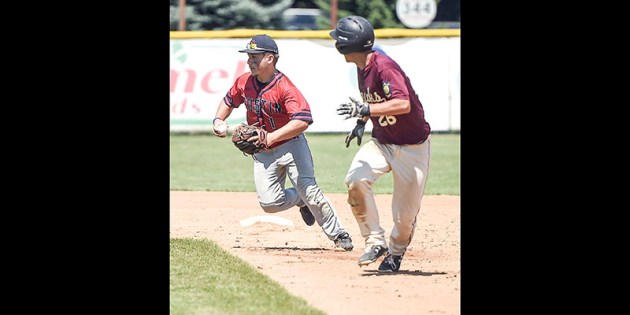 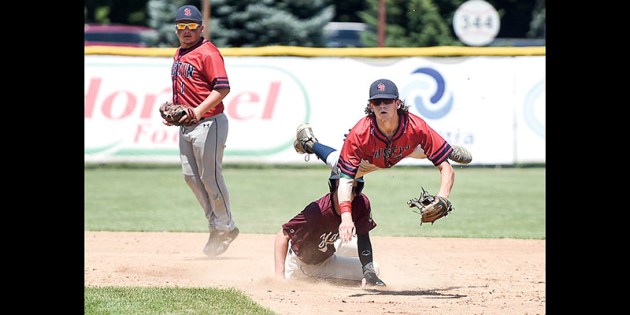 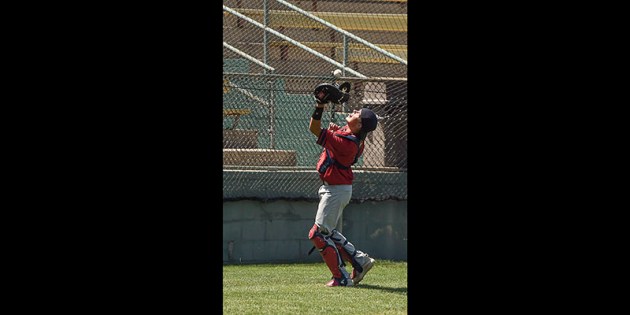 Austin’s Cole Walter looks in a pop-fly against the backstop against the Rochester Redhawks in the Sub State District 1 title game Saturday at Marcusen Park. Eric Johnson/photodesk@austindailyherald.com 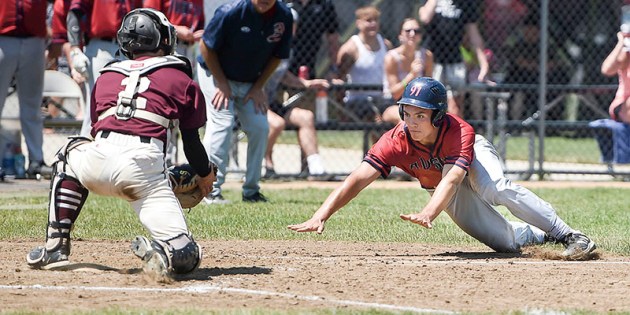 A nearly complete game from pitcher Zach Bollingberg helped guide Austin Post No. 91 to a Sub State Division championship at Marcusen Park, where they defeated the Rochester Redhawks 5-1 Saturday.

Bollingberg faced all but one batter in the win as he ran up against the pitch count, walking the last batter he faced, but it didn’t take away from the sterling effort put in by the Pacelli graduate.

“I was just trying to throw that last strike and wanted to finish the game,” Bollingberg said. “I knew I had about 15 pitches going into the inning.”

Bollingberg rung up seven batters and walked just three while allowing one earned run on five hits. Tony Ciola came in to pitch to the final batter and a diving catch by Teyghan Hovland in center field cemented the win.

Bollingberg also had a stellar day at the plate, hitting two doubles and scoring three runs along with knocking in a run.

“He came ready to play,” head coach Joe Ciola said of his starting pitcher. “He had that ‘give me the ball’ mentality. It let us play our game.”

Rochester took a 1-0 lead in the second inning when Kasey Carlson singled in a run, but the Redhawks would leave the bases loaded.

Post 91 took a 2-1 lead in the bottom half of the inning starting with Bollingberg reaching on a fielding error. He then moved to second and third and then scored off a succession of passed balls and a wild pitch to tie the game. Austin took the lead when Cole Walter, who had tripled, was driven home off a single by Sam Nelson.

Austin added a third run in the bottom of the third when Jed Nelson drove in Bollingberg following his first double of the game.

Two more runs in the fifth inning were drive in on a double from Bollingberg and single from Jed Nelson.

Rochester’s only other real threat came in the fourth inning when Bollingberg recorded a strikeout to leave the bases loaded.

“It was a crazy game,” Bollingberg said. “We were so close in school ball and we knew we had a good team coming in this summer. It’s been a really fun week.”

Made even better considering how the club rounded out the regular season prior to the postseason: two big losses to Albert Lea and the Redhawks.

“We were kind of saying this was a revenge week,” Bollingberg said.

Sam Nelson went 3-for-4 with three singles and Hovland and Tanner Murphy each had doubles.

Austin will begin play in the Legion State Tournament on Thursday in St. Cloud. Times and opponents have yet to be released, but Ciola said the team plans on approaching the tournament the same way they approached Saturday’s game.