Ask A Trooper: Legionville brings a deep history with it 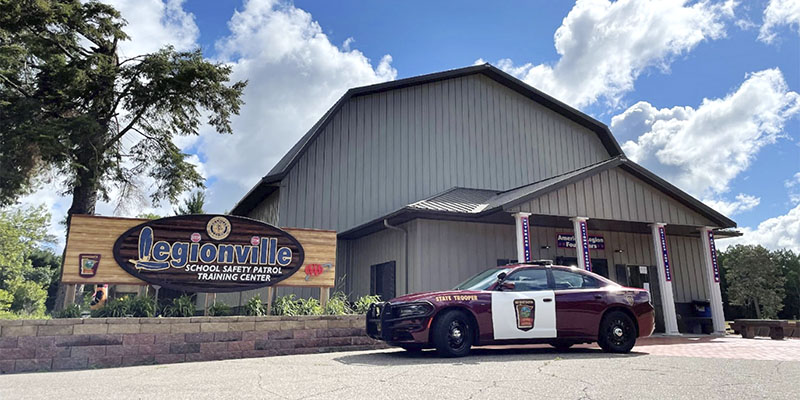 Question: My son just got back from Legionville, where he was selected to attend and will serve as a school patrol captain when school starts up next fall. He had a great experience and I didn’t realize how much history there is with it.

Answer: The idea of the School Patrol originated with Sister Carmela of the Cathedral School in St. Paul on Feb. 21, 1921 when the first patrolmen were stationed at the intersection of Kellogg Boulevard and Summit Avenue in Saint Paul. Adopted citywide by the City of St. Paul in 1922 as a part of the program of the School System and the St. Paul Police Department, it was also adopted as a statewide program by the Minnesota Highway Patrol.

Earle Brown, the first chief of the Minnesota Highway Patrol, felt that a uniform program of training and support should be created in the State and came to the Minnesota American Legion in 1935 requesting such assistance. In 1936, under a cooperative program, The American Legion started a statewide training program held at the Crow Wing County Fairgrounds in Brainerd, with two years at Camp Ripley, using these facilities until 1956. The Training Center was staffed by members of the Minnesota Highway Patrol, qualified Legionnaires and support staff.

In 1948, the Minnesota American Legion set up a committee to raise funds to construct a permanent training center for the School Patrol. The Parker family, in 1954, donated the original 560-acre site on North Long Lake. The caretaker house used to be the old farmhouse, and the old barn was once the old milk house and was converted into an educational building. The area called Parkerville consists of many family cottages along the lake right next to Legionville. The generous Parker family, many of whom were Legionnaires in Brainered, also donated the Boy Scouts camp on the other side of North Long Lake.

A later addition of land raised the total to 610 acres with 1,500 feet of shoreline beach. The property contained some buildings, including a large barn which was converted to an all-purpose unit of classrooms, office, canteen, first aid room, a large theater and a recreational area on the second floor. A modern dining hall, seven dormitories, caretaker’s house and two cabins for staff have been built creating the modern Legionville School Safety Patrol Training Center, Inc. The original barn has come down and since been replaced with a new one

From the first program in 1936 of two weeks and 157 patrolmen, the enrollment has progressed to more than 1,000 each season with the training center having a session capacity of 168. All sessions are now co-ed.

Each youngster, between the ages of 8-13, attends and is sponsored by an organization in his or her hometown. The typical patroller is a student entering fourth, fifth, or sixth grade. The patrollers are selected to represent their schools at Legionville by the School Patrol advisor of their school and local personnel. Teams of patrollers are encouraged to attend together to enhance their training and knowledge.