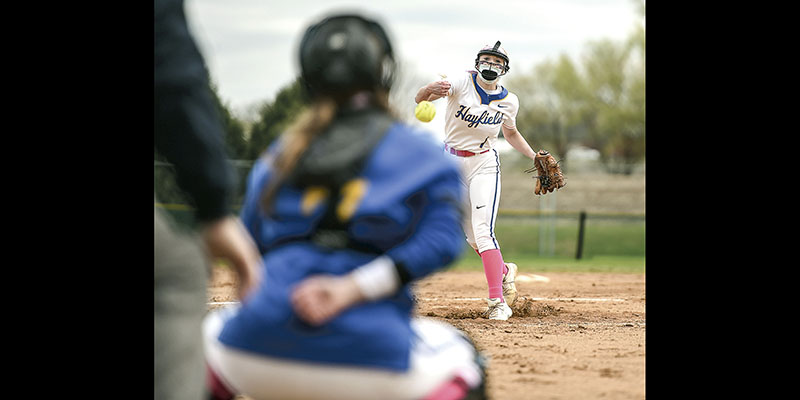 The senior was a solid leader behind the plate and she was also effective with her bat. Forystek hit .269 with two homers, two doubles, one triple and 15 RBIs.

The seventh grader hit .303 with seven doubles, one triple and 14 RBIs.

The junior played third base, shortstop and she pitched for the Rebels. She hit .474 with eight doubles, three triples, two homers and 26 RBIs, while stealing 21 bases. Johnson was 4-4 in the circle with an ERA of 4.90. She struck out 47, allowed 63 hits and walked 31.

The junior hit .536 with four homers, four doubles and two triples as she knocked in 20 runs. Bruns was an effective lead-off hitter and she also gave the team a lot of speed on defense. 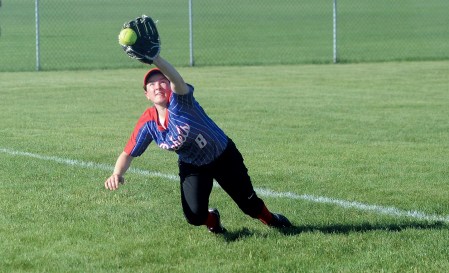 Southland’s Kayla Nelsen lays out for a catch against Blooming Prairie in a Section 1A Tournament opener in BP Tuesday. Herald File Photo

Freeburg hit .342 with two homers, one double and 13 RBIs for the Vikings.

Bamlet hit .305 with a homer, five doubles and nine RBIs.

The seventh grader hit .314 with one homer, one triple, two doubles and 10 RBIs.

The freshman saw time at shortstop and pitcher for the Awesome Blossoms as she gave the team versatility. She hit .328 with two doubles and four RBIs.

No statistics were available for the junior.

No statistics were available for the junior.