‘We have been waiting two years for this party!’ 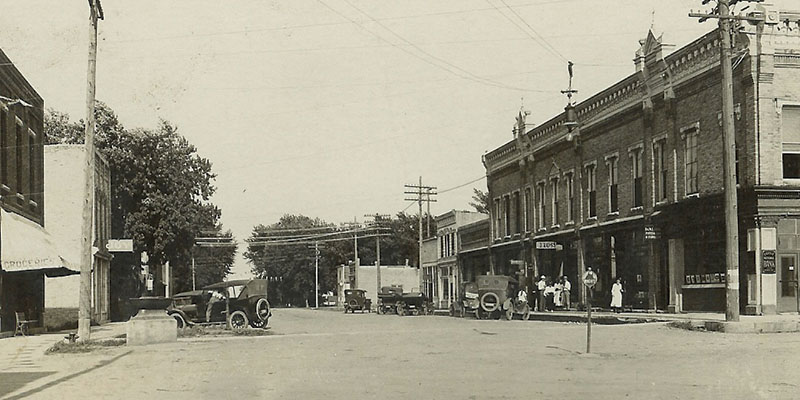 The City of Lyle was platted in 1870 as a railroad town along the Minnesota Central Railroad.

When the 150th anniversary of the small town’s founding rolled around in 2020, plans for the annual Lyle Independence Day Celebration, held every year in the last weekend in June, were developed to celebrate the milestone.

Then came the COVID-19 pandemic.

With limited options available to hold a safe celebration, event organizers had to make the heartbreaking decision to cancel Lyle’s 150th celebration.

But after a year of waiting, the delayed 150th celebration will take place next weekend from June 25-27.

“We hope that after a year of being shut down and not much going on that people will come to celebrate with us!” said Lyle native Alex Block who, along with fellow Lyle native Dan Frank, co-chaired the Lyle 150th Celebration Committee. “We know a lot of people in town that were here for the 100th and 125th are very excited for it to happen.”

“It seems like it has been a longtime coming since we started talking and planning back in 2019…” he added. “For the 150th to finally happen about a week from now is crazy!”

While the pandemic left questions about what a delayed 150th celebration might look like this year, there was a determination that one would occur.

“We knew that we wanted to have our 150th celebration one way or another this year, even if it wasn’t the big event that we planned,” Frank said. “After we hit the pause button last year, everything was lined up and we were able to roll everything to 2021. When we started putting plans together again, it was to comply with what the current restrictions and guidelines were at the time. We had hopes of everything being loosened or put back to normal. Luckily, we are able to have our big event without many restrictions.” 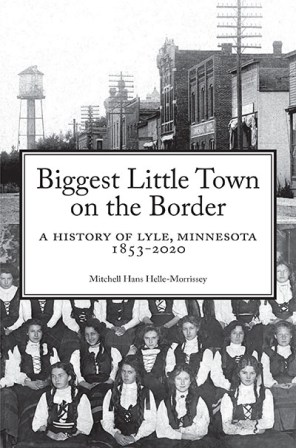 Mitchell Helle-Morrissey’s book about Lyle will be available for purchase during the 150th.
Photo provided

“Our kids carnival on Saturday took the biggest hit because it usually has a lot of games and inflatables,” Block said. “We did not feel comfortable lining that stuff up because of the restrictions at the time. Instead, we planned a Family Fun Day with entertainers, but we ended up adding some games last minute for the kids.”

But being able to celebrate is about more than having a good time after a year of restrictions. It’s about commemorating the history that built the town.

“I think it’s a good time to recognize the part our ancestors played and the part we play in Lyle history,” said Lyle native Mitchell Helle-Morrissey. “I like to think how pleased the original settlers of the 1850s would be to see some of their ancestors still around, some still farming the same land. This is our turn to celebrate together. Wherever life took us, we all share a common bond of growing up or going to school in Lyle.”

Helle-Morrissey recently wrote the book “Biggest Little Town on the Border: A History of Lyle, 1853-2020,” which will be available for purchase during the 150th celebration. The book has been in the works for several years and has taught Helle-Morrissey many things about his hometown.

“The period from the mid 1900s to mid 1910s was a time of tremendous growth,” he said. “The new city hall/fire station, a new school building including Lyle’s first high school, a canning factory, and a culvert factory were all founded in Lyle during this time. A company called Lyle Signs still carries the Lyle name and was a spin-off of the Lyle Corrugated Culvert Company. It was surprising to me the extent of how many different kinds of businesses were in Lyle.”

“Also surprising to me was the difference between Nevada and Lyle Townships,” he continued. “I knew Nevada Township was dominated by Six Mile Grove and the Norwegians that lived there, but was surprised at how different the two townships were. In the 1870 census, 91% of adults in Nevada Township had been born in Norway versus 0% in Lyle Township. I also always wondered why Lyle was built where it was and not closer to Six Mile Grove. I think the answer is that Lyle lies almost directly on a straight line between St. Ansgar and Austin, so it was the most efficient route for trains.”

Helle-Morrissey said that he received a great deal of help in writing his book from the residents of Lyle, particularly those that grew up in the area.

“Lots of people dropped things off for me, answered questions and did interviews,” he said. “Every person I talked to had interesting stories to tell about Lyle; I only wish I had room in my book to tell them all.”

To celebrate Lyle’s 150th, the Celebration Committee has booked some new entertainment. An All School Reunion is scheduled for Saturday afternoon and the band IV Play will perform during the Saturday night Street Dance. Sunday’s entertainment will include Magician Adam Perry, Dillion Fett, Sheltered Reality, Jeff Humphress and the Amazing Hoopsters.

Helle-Morrissey will have a display and presentation on Lyle history on Saturday at Lyle City Hall and will host a Lyle Trivia Contest on Sunday.

The celebration will also feature Sunday night fireworks, which people can watch from the football field, and a beard growing contest, which Block said was held at the 100th and 125th anniversary celebrations.

Block said that volunteers are needed for some events. Anyone interested in volunteering can look on the Lyle 150th Celebration Facebook page or call Lyle City Hall at 507-325-2311.

“I want to thank everybody on the celebration committee that has put in a lot of time to put this thing together,” Frank said. “It has definitely been a team effort and we have a great group of people to work with. We could not have not done this without all of the help. We also have some great community supporters that have stepped up financially with sponsorships to make this happen. This event does not come cheap, and most people don’t realize what everything costs. It will be a great fun-filled weekend, but please thank the staff that helped put it together and thank the local businesses that have also made this happen.”

“Lyle has always put on a fun weekend for our celebrations and this is taking it to a whole new level!” Block said. “We have the staples we have every year with plenty of new events. Pretty much everything is free for the whole family with events for all ages.

“We have been waiting two years for this party!”