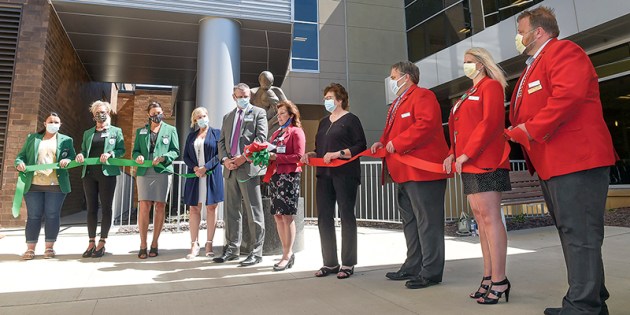 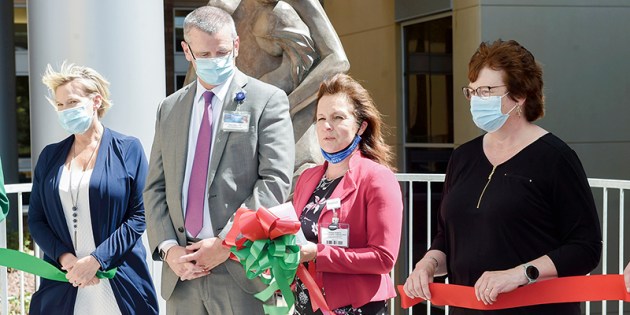 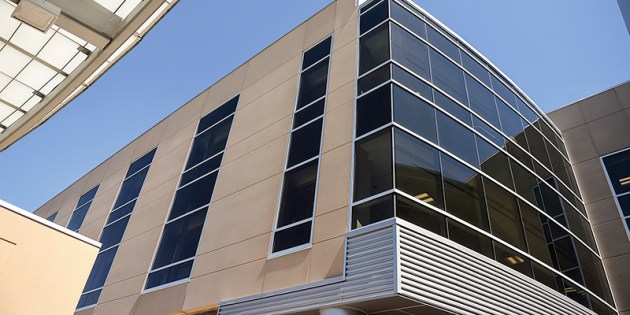 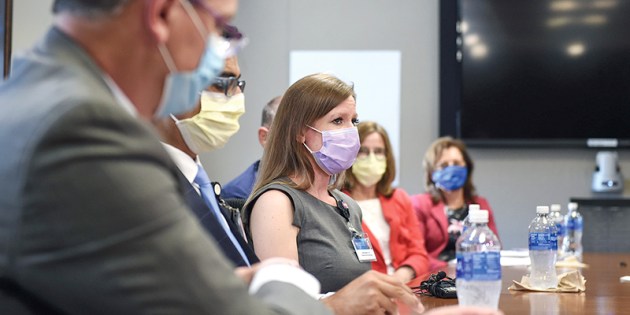 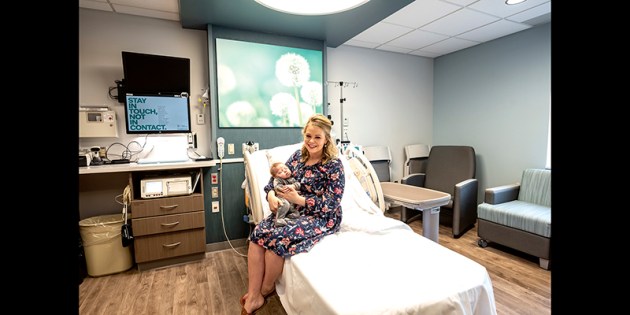 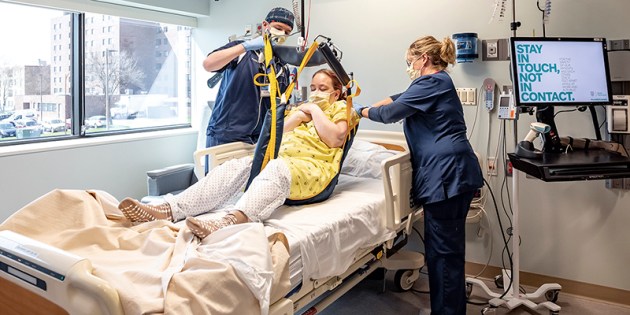 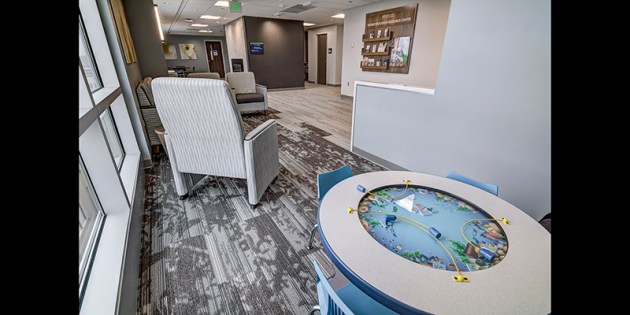 In a move symbolizing completion, Mayo Clinic Health Systems in Austin and Albert Lea on Monday signified the official closing of its latest construction project, which brought significant changes to both campuses.

Representatives from Mayo and both the Austin and Albert Lea Chambers of Commerce held a ribbon tying ceremony in front of MCHS-Austin that marked the end of the project that saw the clinic invest $25 million in both facilities.

“The improvements bring to life the vision of a single hospital with two campuses,” said Robert Albright, M.D., regional vice president of Mayo Clinic Health System southeast Minnesota. “They provided families in southeast Minnesota and northern Iowa with a full range of health care services across the Albert Lea and Austin campuses.”

Meanwhile, down Interstate 90 in Albert Lea, Mayo made improvements to the Psychiatric Unit inpatient care, an extensive remodel of the Cancer Center and new space for Fountain Centers addition program.

“Thank you Mayo,” Jensen said. “We really appreciate our partnership with them and all they do for our community.”

The ribbon-tying comes not long after the completion of the $11.2 million Family Birth Center that, among other things, included a massive remodel and the addition of 10 new labor, delivery and postpartum rooms and a larger, more efficient nurses’ station.

The entire Austin and Albert Lea Project has been warmly received by both patients and staff.

“It took a lot of effort and we’re proud of that effort and the staff who did most of the work,” said Dr. Mark Ciota, CEO of MCHS Austin and Albert Lea, on Monday prior to the ribbon-tying.

At the very beginning, the project drew some consternation from those in Albert Lea who feared the hospital and much of what it would be offering would leave the city. Those on hand for Monday’s event recognized those concerns.

Dr. Sumit Bhagra, however, said that the project strengthened both communities and a large majority of services are still available.

“Ninety-five percent of everything people need is available at both campuses,” he said. “For the communities in general, I would say it’s better than you could expect in a lot of places.”

Kris Johnson, Vice Chair of Administration for both Albert Lea and Austin campuses, is one of many who have been able to watch the process from the beginning. As she saw the expansions take form, she marveled at the process and how it came together.

“I think ‘gratifying’ is a great term for how wonderful it is for patients and staff,” Johnson said. “It’s been a challenging road.”

The newly created portions of the hospital bring efficiency and functionality together. In particular, the Family Birth Center is a prime example of that. With the new rooms, the capability to better accommodate C-section surgeries directly on the floor and a more efficient nurses’ station, Mayo is able to provide a more comfortable atmosphere for families.

That’s been key. The staff have been part of the planning throughout the process and can now lay an ownership to the completed project. With that ownership comes the ability for Mayo to help retain talent.

“One of the battles in small communities is retention and recruitment,” Gaston said. “One of the ways to encourage retention is to make people feel they are part of the project.”

And it’s also the staff and their ability to work through the entire process that has gained the appreciation from administration as well.

“Everybody worked above and beyond,” Albright said. “It’s all about our staff.”