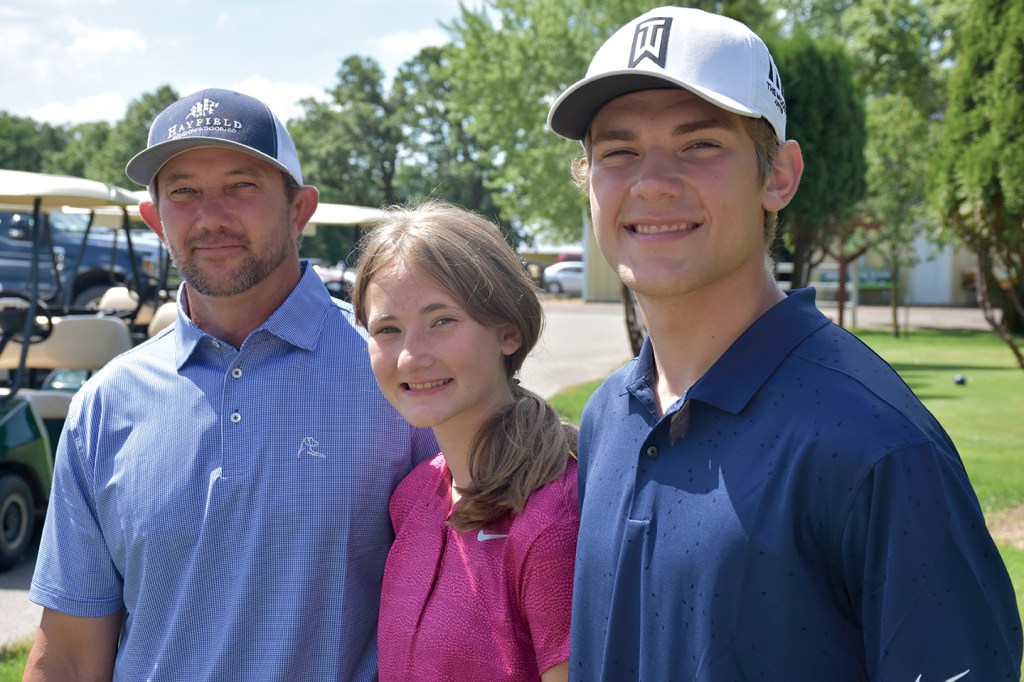 HAYFIELD — The Bronson family of Hayfield will be well represented at the Minnesota Class A State Golf Meet at Pebble Creek Golf Club June 15-16 and it’s a fitting place for a family that has strengthened some strong bonds on the golf course over the years.

Hayfield head coach Kevin Bronson has three children who golf for the Vikings and two of them — Keegan Bronson, a junior, and Carly Bronson, a seventh grader — will be at the state meet. Freshman Tyson Bronson didn’t advance to state, but he also focuses on wrestling and football at Hayfield, while the other siblings are locked in on golf.

Keegan will be making his second trip to state after qualifying as a freshman, but Carly, who is just 12 years old, is making her very first appearance on the big stage as she won a playoff at the Section 1A meet to get to state. Carly won the hole with the entire field of Section 1A watching her and her state berth brought tears to the eyes of her brother Keegan, her dad, and herself.

“I was really nervous seeing the whole section watching me. I was crying my eyes out when I made it. There was a lot of emotion,” Carly said. “This year, I have had to have fun and not be too emotional when I play. Getting over all of the bad shots was a big step. My dad and brothers help me a lot. We’re always out there practicing.”

Kevin had just the advice for Carly when she was facing the pressure of the crowd and a state berth on the line.

Keegan, who has hopes to finish in the top 20 at state, was just as happy to see his sister make it to state as he was for himself. While he missed a year of high school golf due to the pandemic, Keegan has found a way to get his swing back.

“It was a lot of summer golf. I was just trying to get my swing back to where it should be without having a season. I loved playing golf this year, it was a ton of fun,” Keegan said. “Golf is a very big deal in my family. We’re all golfers. We live out here.”

Keegan has the advantage of having played the Pebble Creek course twice when he was a freshman and finished 53rd.  This time, Keegan is taking aim at a big performance.

“I have to be consistent with everything,” Keegan said.  I have to play it my way and not everybody else’s.”

Kevin said it’s been a joy to coach his children and he’s relishing the chance to do it at the state meet.

“They’re kind of gym rats on the golf course. I have to reel them in a little bit and hold them back. I want them both to enjoy it,” Kevin said. “This is a fun dad moment and it’s a fun coaching moment. We’re trying to start something with golf in Hayfield.”

Southland’s Max Schmitz will also be competing at the Class A boys meet. Schmitz, a senior, took 34th at the state meet in 2019.