Tales from the motel world 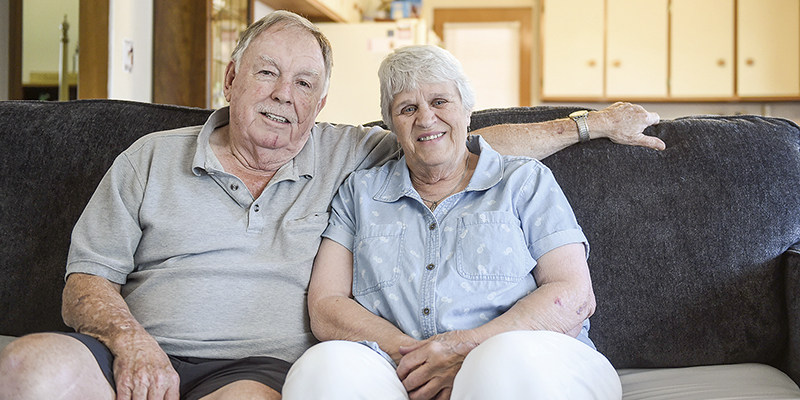 Larry and Joan Diggins spent a number of years in the hotel business and have now written an account of their time. Eric Johnson/photodesk@austindailyherald.com

For 17 years, Larry and Joan Diggins welcomed people to their temporary homes working as managers in the hotel industry, and what stories they have to tell.

They are telling those stories in their new book “Our Motel Life,” which chronicles their time working for All Star Inn, Invest West Management Company and Tally Ho Motor Inn and Travelers Inn. The book is available on Amazon as well as locally at Sweet Reads.

“After we retired we would be driving with the kids on road trips and we started telling stories,” Joan said from the dining room of their Austin home.

At the urging of their children, the couple decided to put down their adventures within the pages of a book.

Their time in the hotel world started in June of 1986. The couple had been entertaining the idea for years before Larry happened upon an opportunity while in California on business.

The idea of working as managers, in a hotel, almost ended before it began. 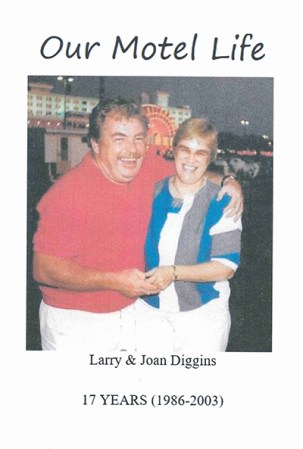 “They said they don’t usually hire people who live so far away,” Joan said. But after telling the hotel — All Star Inn — they were going to be out there anyway to visit their daughter, the interview was set and the new career began.

Larry had background experience as a deputy sheriff while Joan worked as a food service manager in the Kmart corporation.

But now the adventure had truly begun. The couple were troubleshooters, often sent on the road to hotels for days, weeks or even months. Anything from computers to temporary management to long term management, the Diggins did it all.

“Every day was different,” Larry said.

The stories quickly began piling up so some thought had to be put in as to which ones to include. However, even after they decided which stories to include, more would pop up.

“After we published the book so many stories popped up,” Larry said.

Even as we sat at the kitchen table, the Diggins were able to come up with story upon story from their time in the business, enough undoubtedly to fill another book.

Those memories included strange things left behind by customers, like a poisonous snake that needed to be corralled. The Hells Angels motorcycle club, often known for its many criminal activities, rented out a conference room at their hotel.

While headlines spoke of a gang of criminals, the Diggins had a different experience.

“They said if we saw anybody doing drugs, ‘we’ll get them out of here,’” Joan said. “They were wonderful.”

The Diggins played hosts to celebrities as well, remembering the time they turned down Val Kilmer for a room while in town for Oliver Stone’s biopic “The Doors.”

In a lot of ways, the love the Diggins had for working in the hotel industry was dictated by those they worked around, from staff that were employed under them specifically all the way up to many of the managers that worked over them.

That working relationship came under one philosophy.

“We treated people how we liked to be treated and that’s how you get good help,” Joan said.

As the couple brought the memories together in the book, they were able to see once again that the choice to begin working in hotels was the right one.

“We really enjoyed it,” Larry said. “I didn’t want to retire.”

Rose Creek girl one of 15 youth to earn…