Rocky Hulne: Taking a shot at a new game 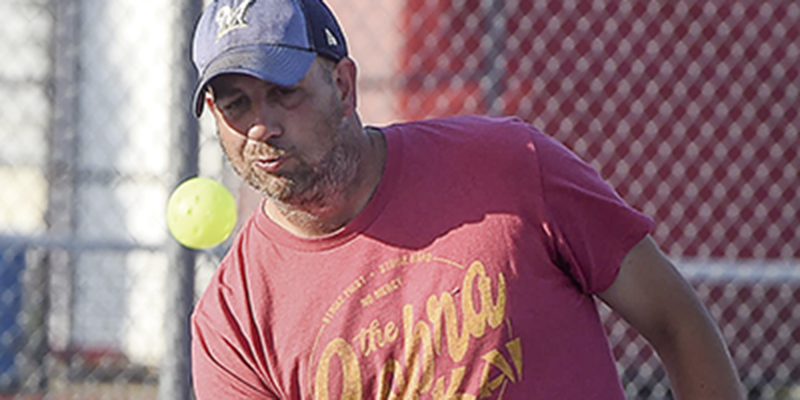 Taking a shot at a new game

As a sports editor, I embrace being near the action with a chance to document it for our readers. However, with a busy schedule that often includes evening hours, I spend far too little time actually competing in sports.

That all changed on a sunny Wednesday evening at Paulson Courts when I took a chance at playing a few games of pickleball, while also working on a story about how the sport has grown in Austin. 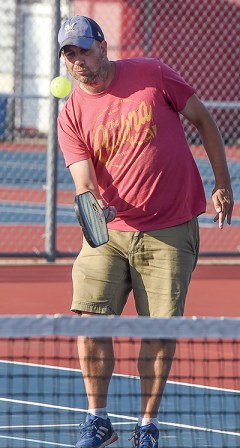 Before Wednesday, my only pickleball experience came on the hardwood gym floor at my high school physical education class in Shell Lake, Wisconsin. Back then we used small, wood paddles and played on a low net.

This time around, I was playing on a regulation tennis court, with graphite paddles that can go for up to $150 apiece. I was also playing against players who were much more skilled, poised and experienced than myself.

Regardless, I had a blast.

Once I learned how to properly place a serve and obtained a slight grasp of the rules, I found myself chasing after plays, pumping up my teammate and even scoring a few points. The fact that my team lost every game didn’t slow down my enthusiasm for the game — which can be fast paced and head turning when you get close to action near the net.

While pickleball isn’t overly tiring, I did find myself wishing that I hadn’t taken my two-mile morning run or played basketball with my son earlier in the day, as I began to develop a hole in my swing and struggled to track down the ball late in the day.

I was easily the worst of the nine players, who probably varied in age by four decades, but everyone was encouraging and nobody was trying to show me up. It was certainly a fun afternoon, and it offered me a unique opportunity to get into the game instead of on the sideline.

If anyone has any other sports they want me to give a try, just go ahead and shoot an email to sports@austindailyherald.com. You can consider me a free agent.

Kentucky to allow college athletes to earn off likeness