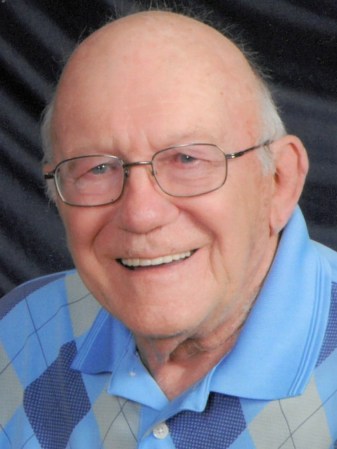 Robert “Bob” John Knutson, age 90, of Austin, Minnesota, passed away on Monday, June 21, 2021, at Good Samaritan Society – Comforcare in Austin. Bob was born November 12, 1930, in La Crosse, Wisconsin, the son of John and Ethel (Anderson) Knutson. He attended Longfellow Grade School and graduated from La Crosse Central High School in 1949. Following high school, Bob enlisted into the United States Navy, serving from 1950 until 1953. Bob then attended Vocational Technical School for machinist. On April 14, 1951, he was united in marriage to Gladys Iverson in La Crosse, Wisconsin. They were neighbors as children and as preteens they met at the ice-skating rink. Together the couple had two boys, Ricky and Randy. In 1955, Bob and Gladys moved to Austin, Minnesota, where Bob began working for SLYoung to run the ice plant. He also delivered produce for Gamble Robinson and then started working for Austin Public Schools as a maintenance carpenter. He finished his career at Austin Vocational School teaching carpentry, retiring in 1991. Bob was a member of Westminster Presbyterian Church in Austin. One of Bob’s favorite pastimes was spending 19 winters with Gladys in Quartzsite, Arizona, where they enjoyed four wheeling together. In 2008, they moved to the Village Cooperative in Austin. Bob loved going to rummage sales and was an avid collector of birds and birdhouses. He will be dearly missed by all who knew and loved him.

Survivors include his sons, Ricky (Marie) Knutson of Austin, Minnesota, Randy (Sally) Knutson of Manila, Philippines; 8 grandchildren; 7 great grandchildren; and many nieces, nephews, and other relatives and friends. He was preceded in death by his parents, John and Ethel Knutson; and wife, Gladys Knutson in 2018.

A private family memorial service will be held in July of 2021 in Austin. Interment will be in Oakwood Cemetery, Austin. Memorials are preferred to the Westminster Presbyterian Church in Austin. Services are prearranged and performed by Worlein Funeral Home of Austin. Condolences may be expressed to the family online at www.worlein.com.