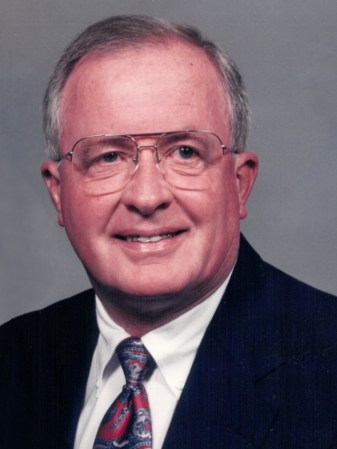 A funeral service will be at 10:30 a.m. on Thursday, June 3, 2021 at Messiah Lutheran Church in Charles City with Erik Hoefer officiating. Burial will follow with military honors at Riverside Cemetery in Charles City.

Visitation will start at 10:00 a.m. until the start of the service on Thursday, June 3, 2021 at Messiah Lutheran Church.

Robert Heddie Cook, the son of Heddie and Blanche (Towner) Cook, was born on October 1, 1934. He received his early education at St. Charles No. 1 rural school and graduated from Charles City High School in 1953.

Robert was employed by Hackman-Reynolds Construction Co. for several years. He was inducted into the United States Army in May of 1955. He served with the armored tank and transportation division until 1957.

Robert was united in marriage to Karen Golberg on March 21, 1959 at Our Savior’s Lutheran Church in Lyle, Minnesota.

In January of 1962 Robert began work at the White Farm Equipment Company as a maintenance welder. He continued there until July of 1993 when White-New Idea closed the plant at Charles City. He was later employed by Allied Construction and Riverside Cemetery.

He is survived by his wife, Karen; brother, Roger; brother-in-law, Nels (Shirley) Golberg; along with many nieces and nephews.

He was preceded in death by his parents; sisters, Ruth Koenigsfeld and Gladys Feldman; and brother-in-law, Olaf (Florence) Golberg.

Memorials may be directed to Messiah Lutheran Church.

Hauser Weishaar Funeral Home, (641) 228-2323, 1205 South Main Street, Charles City, Iowa 50616 is in charge of local arrangements. Online condolences may be left on the Tribute Wall for the family at www.hauserfh.com.