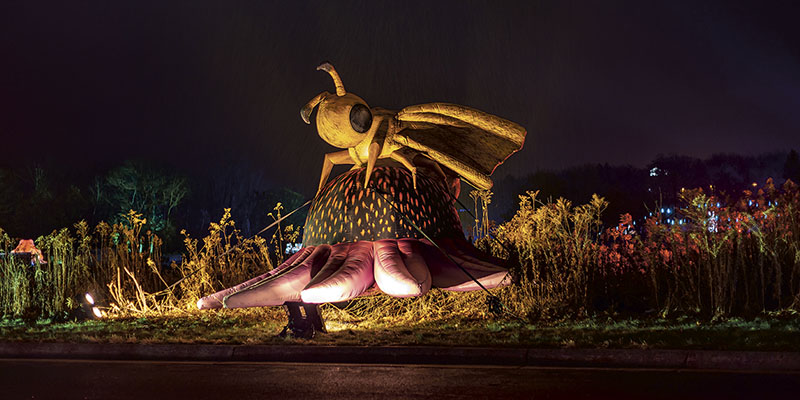 The Dakota Skipper is one of two inflatable animals coming to the Austin ArtWorks Festival. Photo provided by the Minnesota Zoo

This week’s announcement that the Minnesota Zoo will be taking part in this year’s Austin ArtWorks Festival is guaranteed to inflate the prominence of the 10th annual event.

Two inflatable animals from the Minnesota Zoo’s Nature Illuminated display will be on hand for both days of the festival in the forms of a 25-foot red panda and 10-foot Dakota skipper.

The Minnesota Zoo’s Nature Illuminated was a drive-thru experience at the zoo this past winter that featured a variety of inflatable animals along with 30 minutes of audio that accompanied the tour.

The red panda inflatable is coming in large at 25 feet.
Photo courtesy of the Minnesota Zoo

For the zoo, it was another opportunity to connect people to nature, even in the dead of winter.

“Connecting people with nature and animals is core to our tradition,” said Carol Strecker, the zoo’s director of Education, Events and Experiences. “Experience nature in new and different ways is part of what keeps us going.”

“We were looking for ways to engage people in the winter and the fact that it turned out to be a drive-thru initially was pushed by the pandemic in a way that we felt we would be able to follow through with it even if we were under restrictions,” she added.

One of those who was able to take in the tour was Gretchen Ramlo, a member of the Austin ArtWorks Festival planning committee.

“Gretchen Ramlo had gone up and driven through in December,” Helle said. “It was just after the first of the year and she came to me with the idea.”

Helle, however, admitted that it was hard to really take in the scope of what Ramlo had been talking about, but the idea of bringing the animals to the festival became an appealing endeavor. The only problem was that it hadn’t been done before, even though the Minnesota Zoo had entertained the idea. 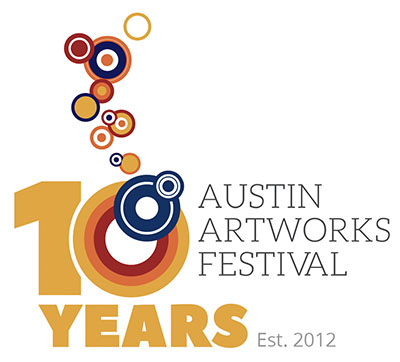 “We did have thoughts about that,” Strecker said. “Is this something other communities might be interested in?”

It was another opportunity to connect with the zoo’s core idea of connecting people with nature, but how that would be accomplished would be another story. One doesn’t just put down a 25-foot and 10-foot inflatable animal anywhere.

It required festival planners to rethink some things.

“We had to make some adjustments,” Helle said. “The biggest thing is that there is a good sight line. We had the Minnesota Zoo staff come down and do a site visit.”

“How is this going to work?” Strecker said staff at the Minnesota Zoo had to ask. “What’s the feasibility? It takes resources, but this was a great opportunity.”

As both sides planned for the inflatables, it became clear that the festival and zoo were excited about the possibilities.

Earlier this month, the contract was finally signed and the event was made official. For the festival, it’s a great way to celebrate the 10-year milestone and reflects the effort put into finding that next great attraction.

“The festival is always walking that line of all the things you loved and you saw last year and something new and exciting,” Helle said. “It’s definitely in that exciting category.”

“It’s a great way to celebrate the 10th year,” she added.

It works just as nicely for the zoo, which not only can continue to reach out and educate, but show off it’s own art that was featured at the first Nature Illuminated display on zoo grounds.

“We are so excited to come down and share these wonderful pieces of art with the Austin community,” Stecker said.

For more on the Austin ArtWorks Festival, visit: www.austinareaarts.org/festival-about

For more on the Minnesota Zoo’s Nature Illuminated, visit: https://mnzoo.org/natureilluminated2/

‘We have been waiting two years for this party!’