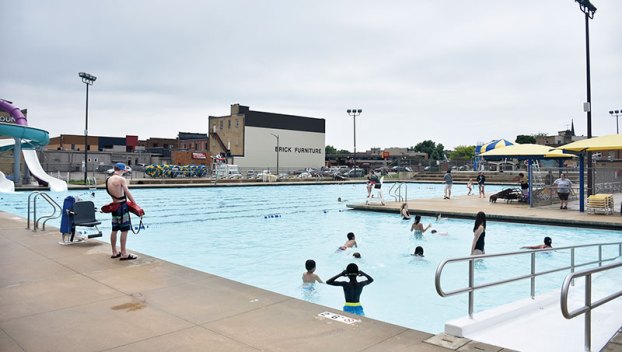 Things are on track to open the pool Monday. Herald file photo

Pool is good to go for Monday

While Austin Park and Recreation wasn’t able to vote on the proposed disc golf additions to Marcusen Park and Lafayette Park, it was able to give an update on the pool at Wednesday’s meeting.

Austin Municipal Pool is set to open on Monday, but the water slide pump and drive motor still needs to be fixed, which means they most likely will not be operational on opening week.

With the pool not running for two years, they’ve found some glitches, but we will be opening on Monday,” said Kevin Nelson, Director of Parks, Recreation and Forestry.

A vote on the disc golf additions will be set for July 1.

Harry E. Larkin, 88 Memorial Gathering for Harry Larkin will be held on Sunday (6/6) from 4-6 PM at Bayview... read more