‘Pinnacle season’ of the Cedar Summerstock Theater is on its way 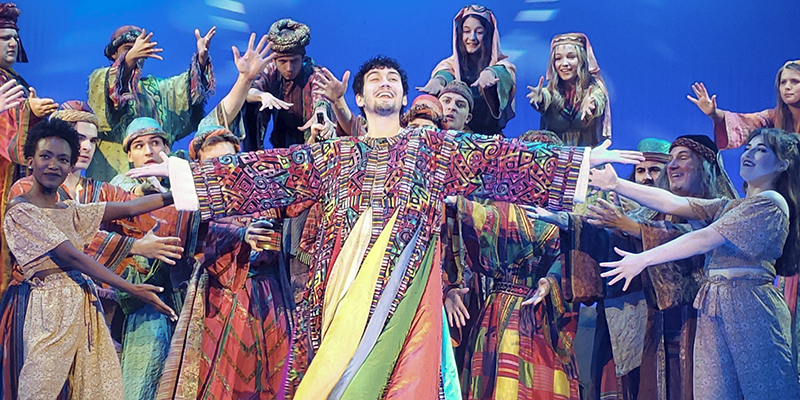 “Joseph and the Amazing Technicolor Dreamcoat,” shown here during an August 2019 performance, was the last production Cedar Summerstock Theater presented; the pandemic cancelled its 2020 season. But now the CST is back for 2021. Photo Deb Nicklay

After cancelling its 2020 season due to the pandemic, there was no way Cedar Summerstock founder and artistic director Nancy Lee and crew was going to let the 2021 summer pass by without live musical theater.

And so it will be – big time. “Seussical,” a fun look at the famous children’s author, Dr. Seuss, opens on June 16.

True, the theater experience may look a bit different than in past seasons. For instance, the first two shows of this season will be held outside – and one of them is in a quarry! The decision was made to do the early shows outside due to Covid-19 concerns. The last two shows return to the stage at the Cedar River Complex in Osage, at the Krapek Family Fine Arts Center.

Outdoor performances are a challenge, but CST will easily meet the logistical issues related to sets, sound and lighting, Lee said. That will happen in large part to the crackerjack staff and troupe selected for this season’s shows. The student actors, crew and musicians come from 12 states and are all enrolled in nationally-recognized theater arts programs. The majority of the troupe’s members are made up of students who had landed spots in the 2020 season before it was cancelled. They were invited, without another audition, to perform this season. Of those 2020 applicants, Lee said, only two opted out of the season, due to other commitments.

That overwhelming response to come to the CST, Lee said, shows the quality of experience honed in the theater’s early seasons and reflects its growing reputation. A widening circle of college fine arts students has heard about the unique Iowa theater — the only one of its kind in the Upper Midwest, Lee said – and want to be a part.

“And the quality just keeps getting better and better,” she added. “We had over 200 applicants (of students looking for a spot in the troupe) for the season.”

The actors, she added, are “all so incredibly talented.”

“Every one of them can do it all — sing, dance, act – they are really something,” she said.

Here is a quick overview of the season:

All involved are excited about returning to the stage, Lee said.

“In fact, this is going to be our pinnacle year,” she said, adding the cancellation of the season a year ago has made people even more hungry for live theater. There is increased enthusiasm about the return of performances this year.

“Seussical” performance times:  Times will vary due to the change in venues. For more, go to: cedarsummerstock.org

Lawn chairs! Those attending “Seussical” and “Godspell” should bring lawn chairs if possible – but if you forget yours, there will be some on hand at the venue, too.

Tickets: In lieu of season tickets, a four-performance pass will be used to offer more flexibility for theater-goers. Season tickets purchased for the 2020 season will be honored this summer.