Lyle-Pacelli beats Southland for the fourth time to stay alive

Gavin Nelsen and the Southland baseball team reacts to getting Lyle-Paceilli’s Hunter VaDeer on a steal attempt at second base in Seltz Field Monday. Rocky Hulne/sports@austindailyherald.com 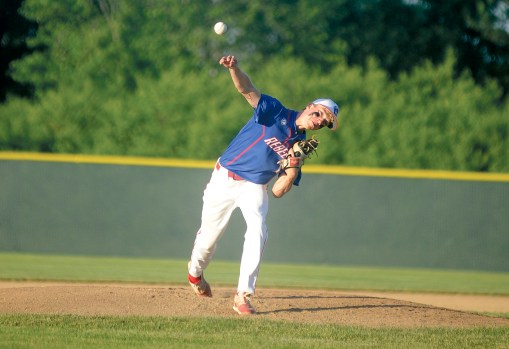 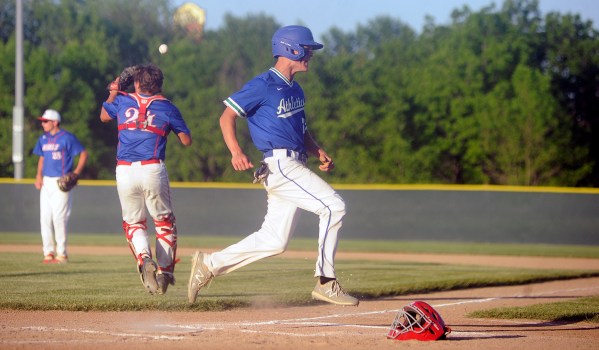 The fourth matchup of the season against Southland proved to be the most difficult one for the Lyle-Pacelli baseball team, which had to make up for an early deficit to stave off elimination and beat the Rebels 7-5 in a Section 1A elimination game in Seltz Field Monday.

The Rebels (17-7 overall) had the bases loaded with one out in the top of the sixth, but L-P pitcher Cole Walter forced Jonas Wiste and Travis Kirtz to ground out to end the threat and preserve the lead at 6-5.

L-P’s start against the Rebels looked a lot like their start against Hayfield, where they allowed nine first inning runs. Southland pounded out five first inning hits to go up 5-0 as Nick Boe crushed a two-run homer to start the surge on the third at-bat of the game.

Walter rebounded from that slow start to pitch six scoreless innings to give his team a chance.

“We knew that if we played our game, the better team would win,” Walter said. “After that five-run first inning, we had to be relaxed and I had to pick some guys up, because I could see their chins were dropping a bit.”

The Athletics struck back with five runs of their own in the third inning. Hunter VaDeer drove in the go-ahead with an RBI double that made it 6-5 L-P.

Sam Nelsen got the Athletics (20-3 overall) back in the game in the third inning when he hammered a two-run single and then scored on a single by Jed Nelson.

L-P will take on Hayfield again in the Section 1A title game at Seltz Field at 5 p.m. Thursday. L-P will have to win twice to get to state.

Southland beat Wabasha-Kellogg 15-1 in an elimination game to start the day.