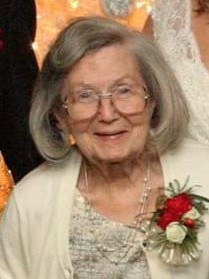 Donna A. (Hawkins) Johnson, age 85, passed away on Thursday, May 27, 2021 at her apartment at Centennial Villa in Annandale, MN.

Donna was born September 24, 1935 in Bena, MN to Fred Hawkins and Isabelle (Cauchy) Hawkins and grew up in the Deer River and Grand Rapids, MN area as her family moved.

In September 1961, Donna was united in marriage to Loren R. Johnson in Grand Rapids, MN and created an instant family with Loren’s son, Gregory, and daughter, Cynthia, and her son, Rodney whom Loren adopted as his own. During the early years of their marriage, Loren’s employer transferred him to different MN cities, a different state and even a different country. They lived in Grand Rapids, Duluth, Austin, Anchorage, AK, Kingston Jamaica, and back to Austin in 1970 where they remained for over 50 years. Donna loved telling stories about their experiences in Alaska and especially Jamaica where their son, Daniel, was born.

Donna was a homemaker, raising her children and kept herself busy with many creative projects. She was a Girl Scout and Cub Scout leader for several years and loved helping children learn and grow in their confidence as they earned countless merit badges. Donna was an avid seamstress having sewn for many people out of her home altering or making clothes, dresses, or other projects. Donna loved to knit and crochet and sold some of her creations with the help of a few stores on Main Street in Austin. Chances are if you were a little girl in the 70s and 80s you might have owned an intricately crocheted Barbie doll wedding dress, embellished with pearls or sequence hand made by her. Donna’s children and their friends knew that she always had homemade snacks on the counter and Kool Aid in the fridge for those hot summer days. Donna loved animals and especially the many dogs she and her family had over the years. She always offered her support and assistance to neighbors and friends in need.

Everyone knew that as they ended their visit with Donna, they had to respond to her saying “see you later, alligator” with “after a while crocodile.” Two years ago, she agreed to move to Annandale to be closer to her daughter, Mary, for more assistance. When asked if she was sad to leave Austin after living there for over 50 years, she said “no, it’s just a new page, starting a new chapter, I’ll make new friends. I’ll be okay.” On Thursday May 27th, 2021, she started a new “chapter” and was received into Heaven by her maker and reunited with “the love of my life,” her husband. We will miss her greatly, but for now we say… “after a while, crocodile.”

She is preceded in death by her parents, her husband Loren Johnson, her son Rodney Johnson, and an infant son.