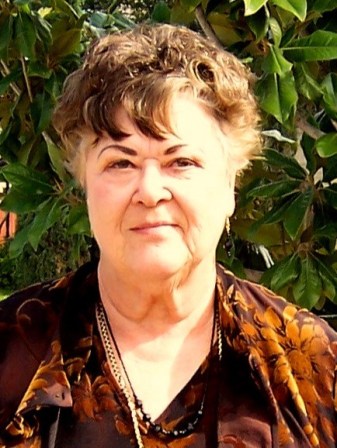 Darlene was born June 14, 1937 in Tisdale, Saskatchewan, Canada to George Ira and Ella Edna (Reuther) Abbott. She was raised in The Pas, Manitoba, and attended The Pas Senior High School. Later in her life Darlene returned to school. Her goal was to supplement her study of Canadian/British history in Canada with American History in order to meet U.S. college entrance requirements. In 1974 she graduated from Austin High School, and went on to earn her Associate of Arts degree from Austin Community College in 1977.

On March 20, 1957 Darlene was united in marriage to Burnell Eugene Hendrikson in her home town of The Pas. Darlene and Burnell (an Austin, Minnesota native) raised their three children and lived in Austin for 42 years. Over the years she worked as a Clinical Child Care Worker for Austin Public Schools, and later for the Gerard School in Austin. In 1999 Darlene and Burnell retired to McAllen, Texas. They also enjoyed many summers at their cabin on Little Boy Lake in Longville, Minnesota.

Darlene was an accomplished watercolor artist, and was fortunate to have learned from Jim Wagner at Austin Community College. She also made beautiful jewelry and was a costume designer. During her time in McAllen, Darlene opened her own studio (#4) in the Gallery Art Studio By Design. She had many other interests including, sewing, baking, and growing beautiful flowers. Darlene loved animals, visiting friends and traveling the United States and Canada. She was longtime member of St. Olaf Lutheran Church and Circle 17 during her years in Austin, and the Longville, Minnesota Art Group.

Funeral services will be held at 2:00 p.m. on Saturday, June 26, 2021 at St. Olaf Lutheran Church with The Reverend Mark Niethammer officiating. Interment will follow at Grandview Cemetery. Visitation will be held on Saturday afternoon from 12: 30 p.m. to 2:00 p.m. prior to the service, at church. Clasen-Jordan Mortuary is handling arrangements.

The friends and family of Ryan Gordon are holding the Ryan Gordon Memorial Golf Tournament and Silent Auction event on... read more