Curtain Call: Hayfield’s Hendrickson a closes a long career in the circle 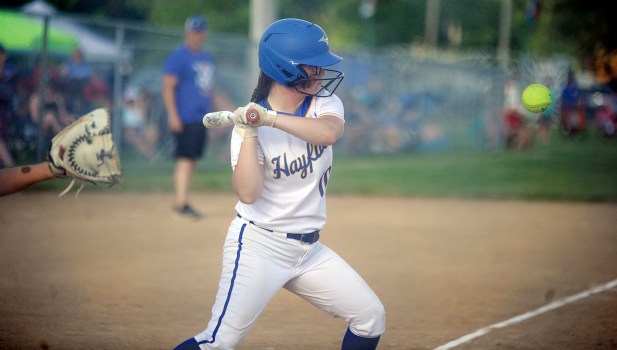 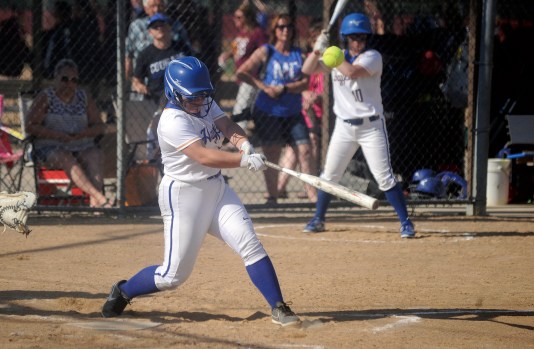 Hayfield’s Jo Tempel looks in a throw at second base in Todd Park Tuesday. Rocky Hulne/sports@austindailyherald.com 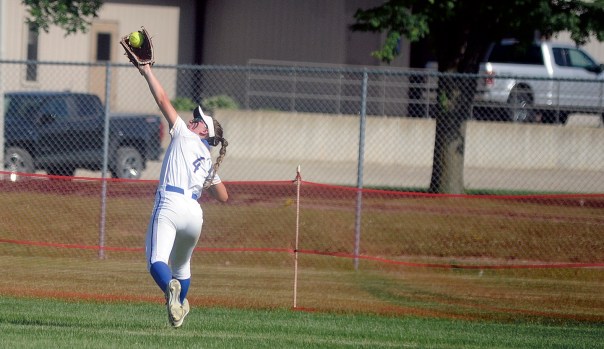 Hayfield’s Natalee Heydt hauls in a fly ball for the Vikings against Mabel-Canton in Todd Park Tuesday. Rocky Hulne/sports@austindailyherald.com 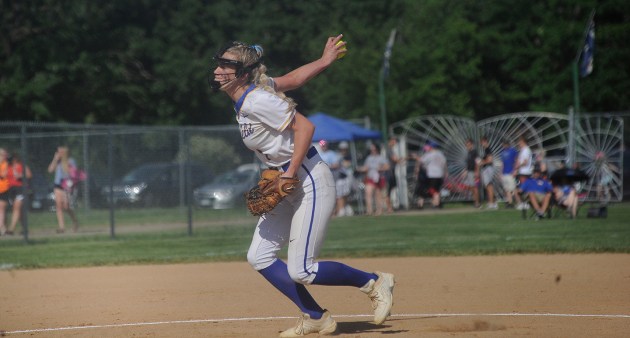 Hayfield senior Catilyn Hendrickson may never pitch again competitively, but she has plenty to look back on and smile about as she wrapped up her time with the Vikings in a 3-1 loss to Mabel-Canton in a Section 1A elimination game in Todd Park Tuesday.

Hendrickson, who was brought up to the varsity team as an eighth grader before pitching in multiple state tournaments, struck out seven while allowing seven hits and three walks in her curtain call performance. The solid outing came just three days after she struck out 30 in 16 innings of softball on Saturday.

“I felt like today there was a little bit off on my pitches,” Hendrickson said. “I don’t know if it was the heat and the humidity or I was a little bit off from Saturday, but I didn’t feel like I quite had the pop that I had on Saturday.  I guess there’s no way to tell until I look at my dad’s radar gun.”

Hendrickson led the Vikings (11-11 overall) on and off the field this entire season, but Hayfield head coach Craig Selk said she was especially effective in the postseason.

“She’s been unbelievable,” Selk said. “That doubleheader on Saturday was probably the best performance I’ve seen out of a high school kid ever, and I’m talking about anything. Even baseball. I got phone call after phone call after that game from people saying how good she was. She was electric and we needed it.”

On Tuesday, the Cougars (15-10 overall) took the lead in the top of the third inning when Kenidi McCabe doubled in a run with two outs to make it 1-0. M-C scored another run on a two-out wild pitch.

Hayfield pulled within 2-1 when Kylie Freeburg was hit by a pitch with the bases loaded. But the Vikings could do no more damage as Maleah Olson and Natalee Heydt both struck out to end the frame.

Despite the loss, Hendrickson, who has not committed to play college softball, was feeling thankful for how an inexperienced Viking team came together to make it to the final four of Section 1A this spring.

“We worked our butts off and in the end, we just couldn’t pull it off. But that doesn’t take away from the fact that we’re a great team with the best coaching staff in the world,” Hendrickson said. “I’m so proud of each of the kids on this team. They’re like my best friends and my little sisters. We’ve put in hours and hours beyond practice time to be where we are. These girls have really bright futures ahead of them, not just in softball, but in life.”

Selk said his team made big strides as well.

“Before the season we had a catcher and a second baseman who were 13 years old when the season started and we had some older girls,” Selk said. “We kind of had a mixed bag. We were up, we were down and we were kind of all over the place. We finally put it together towards the end of the season and we made a nice little run.”