County shuts down bridge after distress found in supports 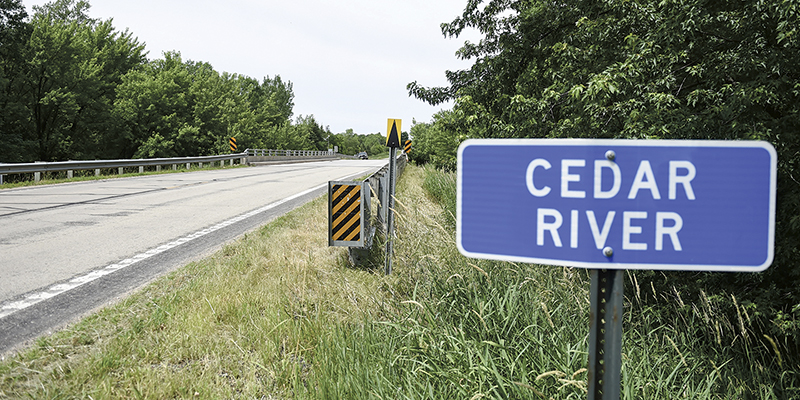 Due to a poor inspection result found by the Minnesota Department of Transportation, Mower County will be closing County Road 2, east of Lansing, due to a faulty bridge.

County Engineer Mike Hanson told the Mower county Board of Commissioners during their meeting Tuesday morning that the bridge in question is just east of Lansing and spans the Cedar River. According to Hanson, he was contacted by MnDOT engineers on Monday who told him they found “critical issues with the steel piling that we’ve not seen before because of high water.”

“Right now we need to close the road due to the critical finding,” Hanson said.

In a press release later in the day Tuesday, the closing was being implemented so county workers could inspect the bridge closer and learn “what repairs are necessary and warranted to put the bridge back in service.”

The board authorized Hanson’s recommendation to close the bridge immediately. The county is currently working on a temporary detour plan.

While the bridge will ultimately need to be replaced, Hanson told the board that a temporary fix can be put in place so the bridge is still usable for harvest.

“We’re verifying the extent of the distress in the steel piling and will make some temporary repairs so we get through harvest while at the same time preparing plans for the replacement of the structure, which may occur sooner than later,” he added.

Hanson estimates the temporary repairs would take at least a month once they figure out exactly what those repairs would entail. In Tuesday’s press release, Hanson said more information will be provided to the public once the investigation is complete.

The bridge is 50 years old and was built in 1971. Hanson said the useful life of a bridge is generally 75 years.