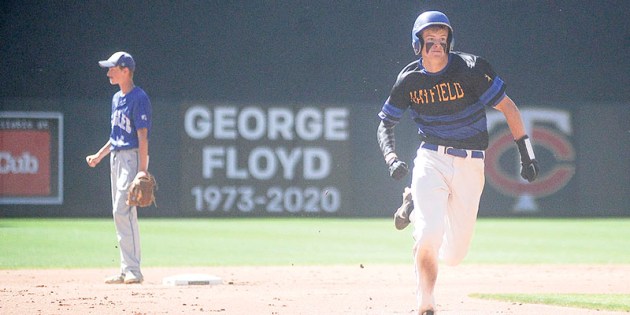 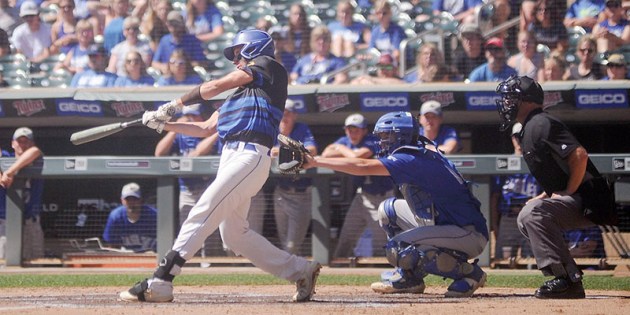 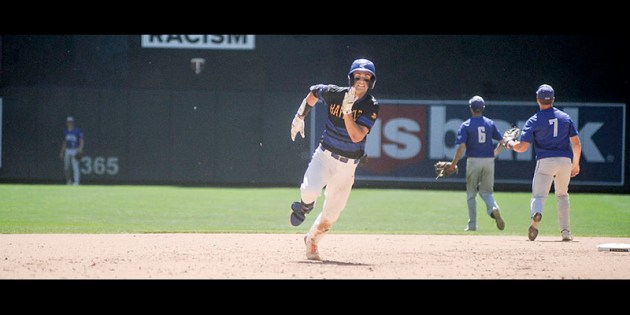 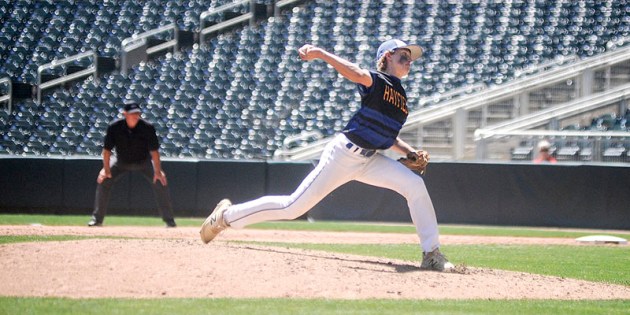 Nolan Klocke fires a pitch for the Hayfield baseball team in the Class A championship against New York Mills in Target Field Friday. Rocky Hulne/sports@austindailyherald.com 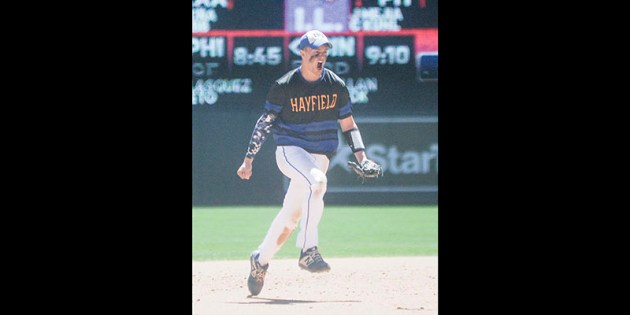 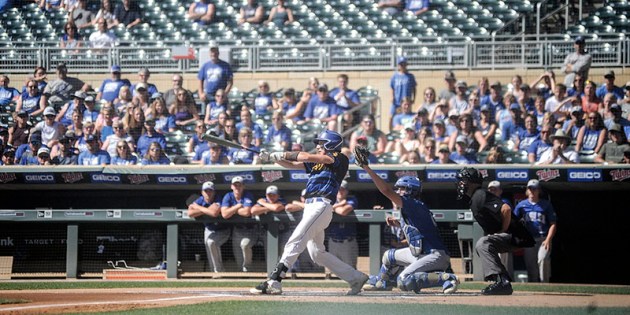 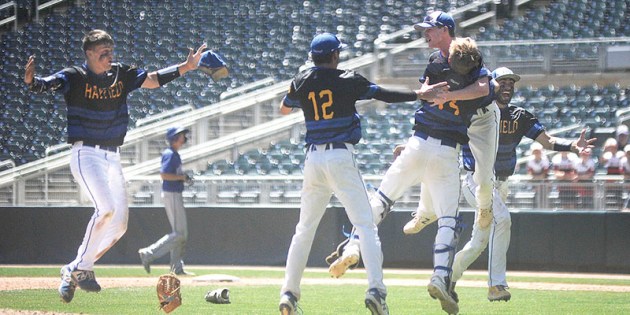 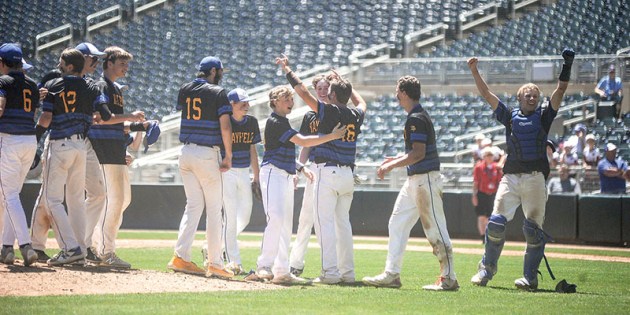 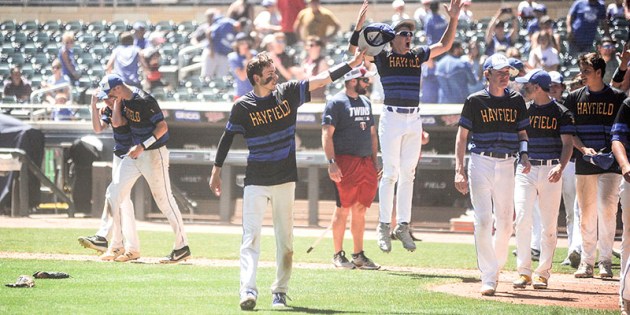 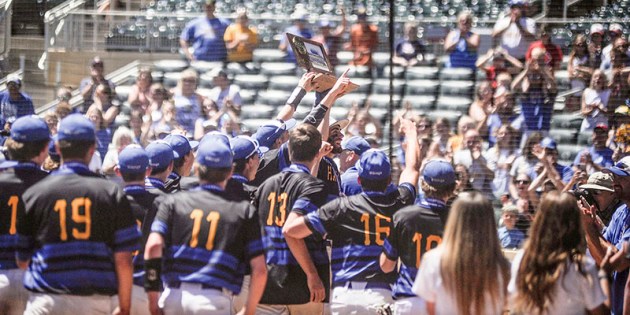 Vikings rally to down Eagles in state title game

MINNEAPOLIS — The top-seeded Hayfield baseball team had a lot of reasons to doubt itself, but the Vikings never allowed that to happen as they bounced back from an early four-run deficit to beat New York Mills 7-4 and claim the Minnesota Class A state title at Target Field Friday.

Hayfield (26-0 overall) trailed through four innings, but finally found its way in the top of the fifth inning. Trailing 4-2, Joey Tempel beat out an infield hit, Karver Heydt walked and Lucas Hansen beat out a bunt single to set the table. Isaiah Tempel singled in a run on a shot to left field and Erik Bungum gave Hayfield command when he launched a one-out, bases-clearing double to left field that made it 6-4.

“The whole time we never lost faith. We knew we could come back and we knew we were going to score runs,” Bungum said. “ I’ve stuck to doing my thing and I’ve stayed confident with each at-bat. I struck out my first two times today, but I came through in my third at-bat.”

The Eagles (23-3 overall) loaded the bases with one out in the bottom of the sixth, but Bungum turned the tide back in the Vikings’ favor when he ran down a blooper and pulled down a diving catch in short left field to save at least one run. Nolan Klocke recorded a strikeout for the final out of the sixth and NYM went down in order in the seventh.

“I knew when it was hit that I could make the play,” Bungum said. “I talked to our left fielder Ethan Slaathaug and I went for it, and I got it. That one felt really good.”

Hayfield junior Easton Fritcher had a tough start to his day, allowing six singles and four runs in the second inning. Then, at the plate, he had a scorching line drive that would’ve scored at least one run erased on a diving catch in right field in the fourth inning.

“That kid made a really good play. Not everything went my way today, but it went our way and that’s what matters. We came out on top,” Fritcher said.

Fritcher, who went two-for-five with a triple, finished with seven strikeouts and didn’t allow another run after the second inning. He came out of the game with one out in the sixth and Klocke scored the save.

“They were putting good swings on the ball and they were hitting it where we weren’t (in the second inning). There was nothing I could really do about it, I just had to keep my head up and keep competing,” Fritcher said. “It is frustrating when you’re making good pitches and they’re hitting it everywhere, but I just had to settle down. I knew we were going to score runs. That was in the back of my head.”

Bungum was absolutely on fire at the plate during Hayfield’s state tournament run as he went six-for-10 with a homer, three doubles and eight RBIs from the No. 7 spot in the order. There were times that Hayfield head coach Kasey Krekling thought about moving him up in the order, but he didn’t want to fix something that wasn’t broken.

“His bat was fantastic through all of the playoffs,” Krekling said. “He kept getting better and better as the year went on. He showed the most growth in the box this year by far. We were tempted to move him up, but when you win 25 in a row, you don’t mess with it.”

The Vikings outscored their opponents 85-11 in their postseason run.

Krekling, a Hayfield grad and former player himself, said the win means a lot to him and the community.

“You see all of the alumni in the crowd and it means a ton,” Krekling said. “I’m so glad to bring this kind of joy to Hayfield and I can’t wait to get back and party with everyone tonight.”